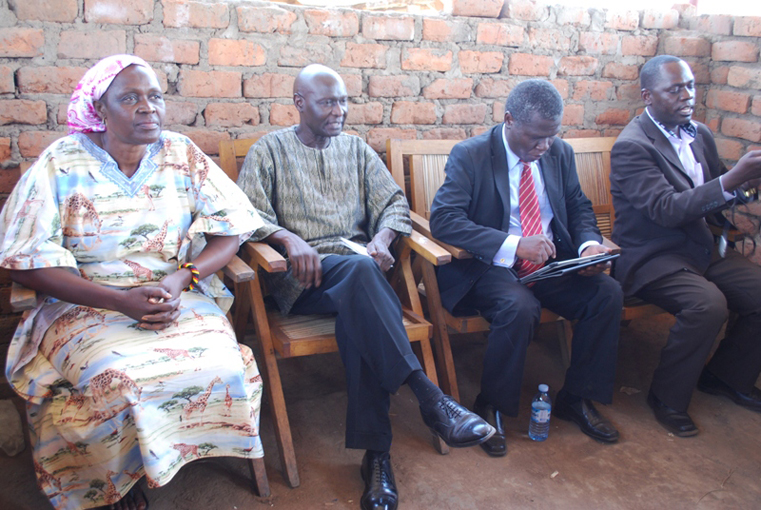 Opposition leaders in Acholi last week called for the protection of Amuru land at all costs, as those with interest in grabbing land seem undeterred. The Uganda People’s Congress Party (UPC) President Ambassador Dr Olara Otunnu and Democratic Party (DP) leader Norbert Mao who visited Lakang in Amuru district on Sunday urged the residents to remain steadfast in challenging those attempting to take their land.

The Court and Parliament are just witnesses to our struggle; the biggest contest is with the land owners. Do not say I never told you so Mr Museveni, the battle is real.  This is an orchestrated scheme of genocide Museveni is committing against Acholi…he needs the land for himself, brothers and family. It has nothing to do with Madhvani,” Otunnu said.

Mr Otunnu said the President had no authority to negotiate constitutional land ownership rights that belong to residents of Lakang.

Prior to the impromptu meeting, a section of Amuru residents had on the Wednesday met with President Yoweri Museveni at State House and advocated for the compensation of the indigenous land owners. 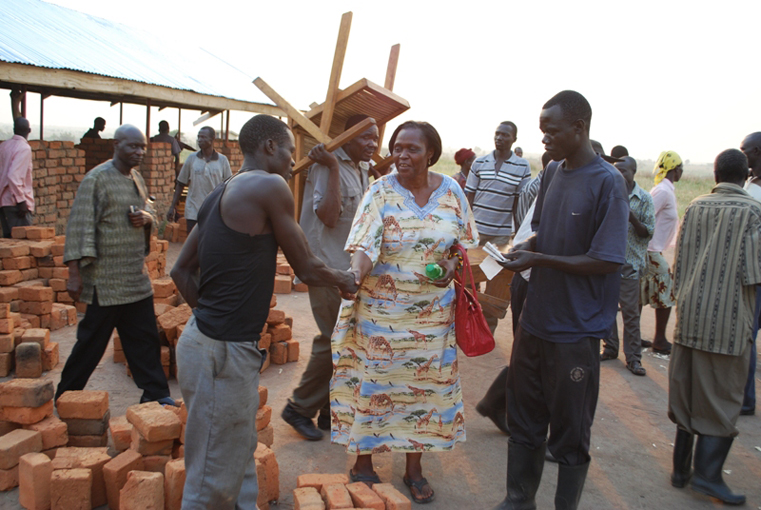 The Amuru Team was led by Michael Ocula (former MP for Kilak), Simon Oyet (Former MP for Nwoya) and David Ochieng Penytoo (former MP for Gulu). Others who accompanied the former legislators include David Odong 22, and Okot Bongomin Odiambo 25.

Mr Odiambo delivered the conclusion of their discussion with Museveni at State House to residents in Lakang who received it with suspicion and were unsettled.

“Museveni told us of compensation of residents before eviction, he said army will be deployed in the area to help carry the exercise,” Odiambo said “we asked them about the areas needed but they had no map to explain.”

This week, a team appointed by Mr Museveni will travel to Lakang to assess the situation and determine how the exercise is to be carried out.

Otunnu described the scenario as “a chance for a just war”, should the exercise go ahead.

“Lapir wa leng” he said literary meaning the course of war is just “We have never killed anyone to  have these land rights, the God Almighty of Israel who redeemed the promised land will bless our hands” Otunnu said.

Mr Mao also urged the residents to reject any planned meeting with individuals from the government to avoid traps.

“These men will only trap you when you meet them, they will make you sit in a meeting, give you facilitation fee for attendance and the attendance list will be used to justify your acceptance to vacate the land,” Mao said.

Mao said the journey to a battle ground was laid for a long war, and that residents needed to prepare themselves for the inevitable.

He called on Kilak County politicians to petition parliament over the continuous unsettled land question in the region.

The DP leader criticized the recent High Court ruling of Justice Wilson Musene then Resident Judge in Gulu as being defective.

To him, the judge had failed to mention in his verdict the suffering of the people in IDP Camps.

“What annoyed me most was the reckless ruling of the judge and his failure to state the suffering of the people in IDP camps” said Mao “It was based on poor judgment.”

In February last year, The Judge declared Amuru disputed land as public because, according to him, there were no settlements on the said lands.

For over 25 years, the Uganda government pushed the entire population of northern Uganda into squalid internment camps, from where they were dying at the rate of 1500 per week, all in name of providing security against rebels LRA rebels.

In 2007, a policy set by government required gradual unassisted resettlement to former villages, however; vast part of their lands had already been grabbed by powerful individuals in government and the army.

Frustration built up among some legislators at the meeting who were nearly reduced to tears, because the people of Acholi have never rested from one upheaval after another.

Kitgum Woman Member of Parliament Ms Beatrice Anywar said that this is the reason Museveni does not want to end the LRA war, because he knows the reason behind the war.

Ms Anywar said the Acholi Parliamentary Group (APG) would this week meet Museveni for the last time to discuss the land question and nodding disease.

A former soldier at meeting who attended the meeting told the leaders that: “When Kony was around Museveni could not disturb us.  We will call on all able bodied to join the fight against this injustice by Yoweri Museveni.”

Her speech was greeted by thunderous applause and ululation.

Last year, over 50 women in Amuru stripped naked before government and Madhvani officials in protest against the forceful acquisition of 40 hectares of land in Lakang.