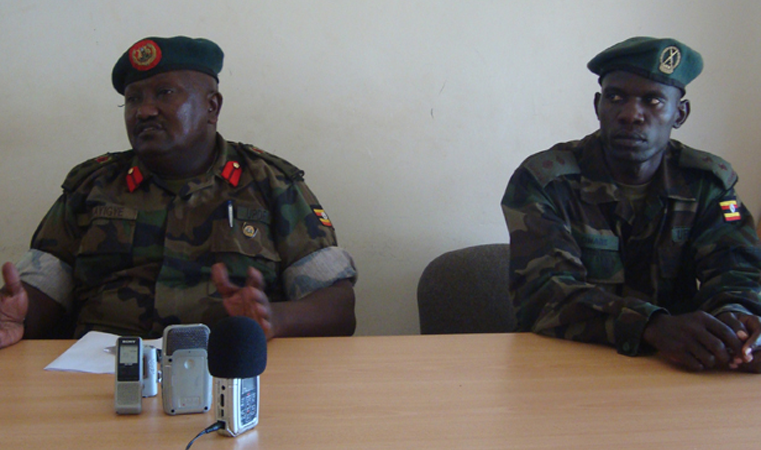 Members of the Padwat Clan in Palabek Ogili Sub County, Lamwo district have accused the Uganda People’s Defence Forces (UPDF) under the 5th Division of encroaching on their land which includes their ancestral burial grounds.

Clan leaders say that, without the community’s authority, the UPDF has intruded into the community land in Padwat village, Palabek Ogili, which also includes the burial grounds that contains the bodies of at least seven of their dead chiefs.

The land is question was left vacant when the army ordered entire communities into internment camps, at the heart of hostilities with the Lord’s Resistance Army (LRA).

The district speaker Mr. Matthew Okoya who is also the area councillor 5 for Palabek Ogili Sub County said that he was disappointed that the army who claim to be so disciplined, would invade land belonging to communities claiming it to be theirs without consulting authorities in the area.

“We just want to know the truth if it is individual interests or interest of the army as an institution,” Okoya said.

Willington Apita, one of the clan leaders told Acholi Times that without respecting their dead, the army has established two army barracks on 40 square miles of land at Kado Mewa and Wariko area.

Apita said that, “these areas have always been respected burial grounds for our chiefs and we treat them as holy sites which should not tampered with, because that would be disturbing the spirits.”

According to Apita seven chiefs including Rwot Apuku were buried on these grounds and the army should have not disturbed their peace.

Another clan elder said that the burial grounds which lie between a thick forest and the community, hosts the relics of the clan including drums, edible fruits, hot spring and special area where sick chiefs are nursed before they pass on.

Ensio Ongee Oluma, the area LCI Chairman of Padwat Northwest says that since April, the UPDF has been busy clearing ground for unknown reason.

He added that the activity of the UPDF is raising a lot of suspicion with some of the former camp inhabitants fearing that they might lose their farmland to the army.

Ayella Anthony, the LCII of Padwat parish called on the Acholi Parliamentary Group (APG) to listen to their cries and resolve the matter before it gets out of hand.

Aswa MP Reagan Okumu admitted on Saturday of receiving the petition from the Padwat community of the UPDF intrusion but declined to discuss any details.

But when contacted for a comment, the UPDF 5th Division Army Public Relations Officer Lt. Telesfa Turyamumanya said that he is not aware, but promised that the army will investigate the claim.

He noted that the UPDF is mandate by the constitution to protect the people and their property and such an act would be contrary to this principle.

He added that the UPDF being the people’s army respects all cultural institutions and will not do things in contrast to what the local community believes in. 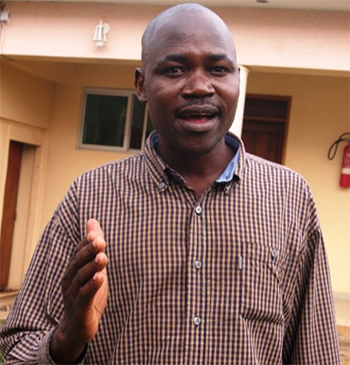 Meanwhile, the UPDF has also been implicated in a bitter land row with residents of Pabbo Sub County in Amuru District.

Pabbo residents accuse the UPDF of fencing off 69,000 square kilometers of land claiming it to be part of land that belonged to the army since 1983.

Gilbert Olanya, the MP for Kilak County who visited the land under dispute with the media last year says that there are currently 74 mark stones which have been planted by the UPDF which extends up to river Ayugi from Pabbo.

A UPDF Colonel, who identified himself only as Lt Col Obwona and claims to be attached to the chieftaincy of production in the UPDF at Mbuya Military barrack, says that the land in question was earmarked by government as a army farm under the Obote II government.

The UPDF claims that the land would have been leased a long time ago but due to the insurgency, this was not possible.

However MP Olanya says that, to the best of his knowledge, the land in question was formerly a group farm where there was a society for cotton farmers and demonstration plots too.

There are about 1,000 households and about 10,000 people who have been affected by the UPDF action.

The Kilak legislator accuses the army of land grabbing and causing hunger to the families who are living in the disputed land, since they are not allowed to cultivate on it.

The UPDF is also facing a similar accusation in Agago district where it is claimed to have grabbed 6,000 square kilometers of land in Achol Pii, a former internment camp that hosted South Sudanese nationals for over 20 years.

The former UPDF army spokesman Col Felix Kulaigye reiterated the claim that the army owns the land under dispute in Achol Pii and Amuru.

Addressing the press in Gulu at the Northern Uganda Media Club (NUMEC) in August last year, Col. Kulaigye dismissed claims by residents that the land is theirs.

Col Kulaigye said that residents illegally occupied the land during the insurgency and accused some of MPs from the region, whom he did not name; for fueling land fights between the army and the local population.