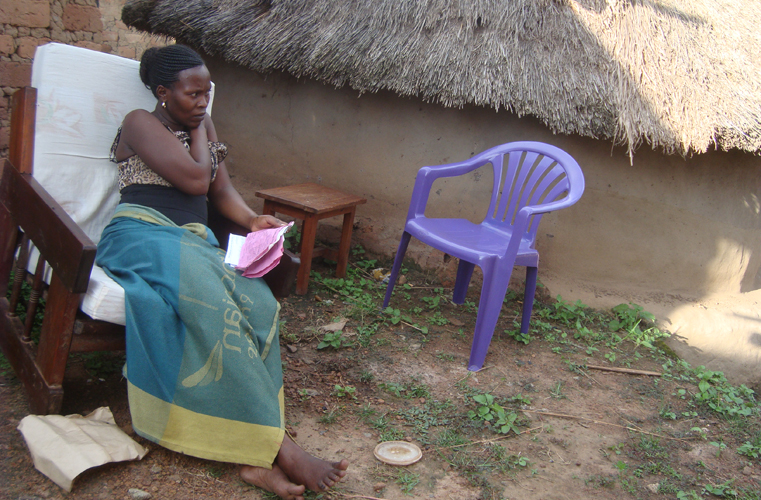 PRISCA AWOR 26 has threatened to sue Gulu Regional Referral Hospital for leaving a huge gauge in her womb.

Awor who is a staff at Laroo Division in Gulu Municipality explains that she was operated on at Gulu Regional Referral Hospital in April, by an intern doctor whose name she did not know; when she was struck by Ectopic Pregnancy.

She said that after the operation, she started getting a lot of pain in her womb, even before she was discharged from the hospital and she was given a series of painkillers which she claimed did not help her.

“I told them I was feeling some pain in my womb but they did not take me serious. They were only giving me pain killers which did not help me at all,” Awor said.

She remembers that when she was discharged from the hospital, she went back after a week and lodged her complaint with the duty nurse who instead accused her of being a trouble causer.

“When I told them that I was having a lot of pain, they told me that I was careless and did not keep my wounds clean. But I have always been cleaning my wound and kept it well because I know hygiene”, Awor explained.

She narrates that she then approached a private clinic in Gulu town and an X-ray was done which showed that there was something left inside her womb.

“When they scanned me, they said that some thing was left in my womb and the X-ray also showed it. I went home and was still having a lot of pain,” she explained.

Last Saturday, Awor started feeling like passing stool and when she went to the toilet, she felt something huge coming from her private part, like she was delivering.

She yelled and called her mother who came and realized it was a huge gauge coming out her vagina.

“My mother saw it and told me that it was a gauge. She told me to pushit out but I never had energy. She pulled it out herself,” Awor said.

She added after her mother pulled the long gauge, although she felt relieved from pain for a short while, she has never stopped bleeding.

She fears that she may have developed a complication as a result. “I think Iam now suffering from fistula because every time I eat some food, it passes from my vagina instead of my anus. I also still
experiencing a lot of pain.” said Awor.

Awor’s father Mr Nicholas Otim Opoka 58,has threatened to drag the hospital to court over the matter and seek compensation for the damage caused to her daughter.

Opoka who was himself employed by Gulu regional hospital as a store keeper, says that such negligence are too common at the hospital and others in Uganda today.  He cited the case of his nephew’s newly born who bled to death after he was born at the hospital, having been left unattended for over 24 hours.

“The Director sent me a message saying I should tell him why the matter reached the media and the police. He became so arrogant with me and later stopped my salaries in 2011,” said Opoka.
Opoka says he was deliberately sacked from Gulu Regional referral Hospital, and was warned never to shown his presence at the Health facility again.

“The hospital Director, Dr. Nathan Onyach wrote to me after he sacked me saying that I should never appear at the health Unit,” he explained.

Opoka also alleges that when the hospital authorities realized that it was her daughter they were treating, they became unconcerned and left an intern doctor to operate on her.

Opoka says that says that he feels really hurt and will take the matter to the court and not the police because they failed to follow up on the case he reported in 2011 when his nephew’s newly born baby bled to death.

“I recorded the case of my nephew with the police and the police did not consider me. Some top staff at Gulu Hospital seem to be linked to Gulu police station and anything you report about them will not be investigated,” Opoka said.

But Mr Denis Odoch, the Gulu District Police commander when contacted said that Opoka might have accused the police because of anger.

Odoch challenged Opoka to come to his office with the case reference number of the baby so that they may help him.

Dr. Nathan Onyach, the Hospital Director when contacted via his mobile phone did did not pick, but Mubiru Mohamed, the Principal Administrator of the hospital when contacted denied said that none of the staff at Gulu Regional Referral Hospital acted with the intention to malice Awor.

He added that they had met Awor and had set some conditions for her to get better.

However, when asked what the conditions were, Mubiru said that it was not for media consumption.

“We met and we have agreed upon certain conditions which we are ready to fulfil. I cannot give you the conditions as per now,” Mubiru said.