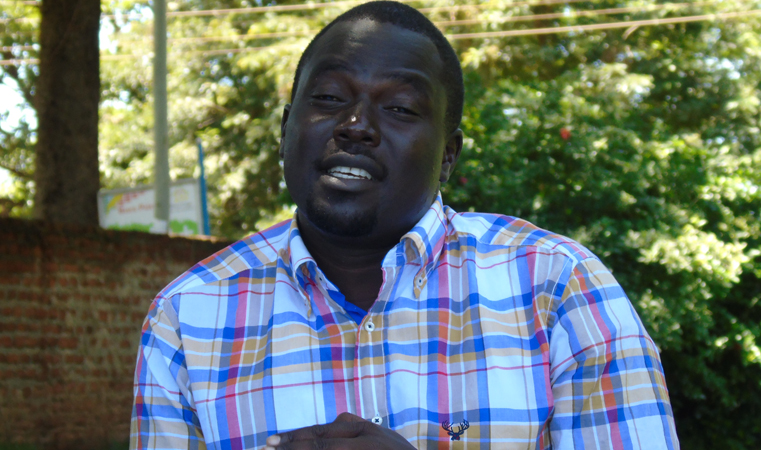 Addressing a press conference over the weekend at Gulu town, Todwong noted that he is not aware of any resignation in regards to Mbabazi as a member of NRM.

The NRM Deputy Secretary General explained that unless a member makes an official resignation and his office is notified, an individual continues to be a member.

Todwong adds, “Mbabazi has all the rights to participate in the party activities as an official flag bearer in the 2011 Parliamentary seat for Kinkizi as an MP.”

He also says the former Prime Minister is still in the NRM caucus in the Parliament.

Mbabazi fell out with President Yoweri Museveni in 2013 after reports emerged that he is breeding an interest of succeeding the President.

On that ground, he was forced out as Secretary General of the NRM at Nambole.

President Yoweri Museveni replaced Prime Minister Amama Mbabazi – after what analysts suggest was a growing rivalry between these two major players within the NRM political party. There are rumblings that Mbabazi may challenge the long-serving president in the next elections.

For years, tensions have been reported between President Museveni and Amama Mbabazi.

On September 19, the president’s office made public that Mbabazi would be replaced by former minister of health, Ruhakana Rugunda.

Mbabazi received an outpouring of support on social media after his dismissal, although he described himself as “actually very fine”.

During President Museveni’s rise to power almost 30 years ago, Mbabazi played a crucial role as his right hand man, fighting in the bush next to Museveni, and helping the NRM achieve popular support.

Mbabazi’s intentions to run for President in 2016 caused sharp divisions within the party, which led directly to his being fired.

However, government spokesman, Mr Ofwono Opondo, said dismissal was in line with party rules, which do not allow one person to serve as both prime minister and as secretary-general.

Yet inside political circles, Mbabazi’s intentions to run for president are anything but secret.

President Museveni gave a lively speech on September 28, warning that the NRM is nothing to play around with, and those who wanted to disrupt the party could go elsewhere.

Although neither Mbabazi nor Museveni have directly stated their intentions for upcoming elections, if Mbabazi decides to run, he could be the first critical threat to President Museveni’s power in three decades.