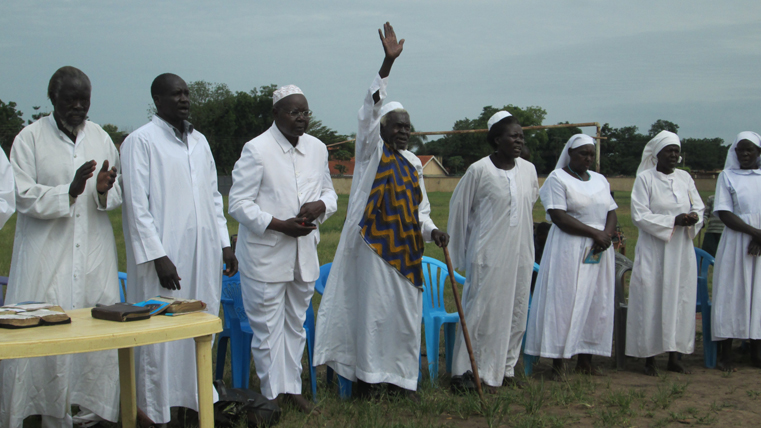 The New Jerusalem Tabernacle Church ministries of the self proclaimed prophet Severino Lukoya Kiberu who was recently banned from operating in Acholi Sub region has successfully conducted a crusade in Kitgum Bomah grounds this month.

Former minister of education during Milton Obote II’s regime, Professor Isaac Newton Ojok currently the Executive Chairman of The New Jerusalem Tabernacle Ministries said the crusades that were planned to be conducted in Lango and Acholi sub region were conducted without any hindrance from respective district leaders despite threats of sabotaging their programs of divine message to the people of Lango and Acholi sub region.

Professor Ojok attributes their success to a letter (that Acholi Times saw) addressed to the president requesting his office to grant the ministry permission to conduct thanksgiving prayers to the lord for restoring lasting peace and prosperity to the people of Northern Uganda and the entire country.

He says their letter addressed to the president notified authorities in the three districts of Lira Gulu and Kitgum seeking for permission for 21 days of fasting under the theme; “Sanctification, reconciliation and abundant life” . 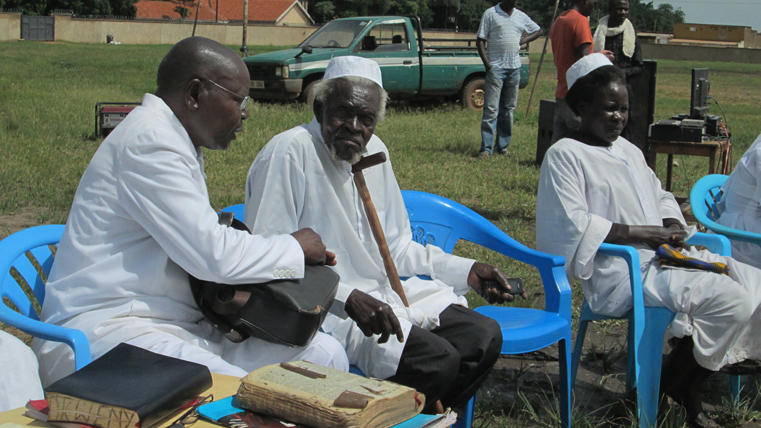 He said this was prior to the crusades that were granted and successfully conducted in Kaunda grounds in Gulu on the 9th May 2015, at Lango cultural grounds in Lira on the 23rd May 2015 and finally at Bomah Grounds in Kitgum on the 6th June 2015.

Lapolo strongly warns that the district security committee still holds its resolution reached last year that the district is not in agreement with the cult like operations of Lukoya’s New Jerusalem Tabernacle Church in Kitgum.

However sources from the of Kitgum central Police have denied having granted permission to the New Jerusalem Tabernacle Ministries and pronounced that the police only provided security for the crusaders as a directive from the assistant inspector general of police in charge of operations.

Lapolo has however directed the police to institute a report to ascertain circumstances under which the New Jerusalem Tabernacle church ministry came to Kitgum despite last year’s ban that saw his church destroyed in Mucwini sub County and two of its followers apprehended on charges of unlawful assembly and defying statutory orders.

The Crusade at Bomah Grounds

Lukoya led the prayer crusade with a call on peace and an end to land disputes in Acholi and Lango sub region and also performed rituals of smearing stones with shear butter oil and sprinkling water on believers and the congregation.

Lukoya commended the police for providing his crusade security and the district officials for heeding to the presidents directive of granting his crusade activities in Acholi and Lango sub region adding that his activities are not illegal since the national NGO board had permitted his New Jerusalem Tabernacle Ministries to execute activities in the field of evangelism, contribute to social transformation through intercession; heal the sick and engage in educational, cultural and medical pursuits in Northern Uganda.

Condemnation by the public

Kitgum Urban Council III Richard Ojara Okwera who was earlier this week allegedly castigated by a section of members of the public for partially admitting the ministry to conduct a crusade at the Kitgum Bomah grounds which is under control of the town council authority said any one was free to utilise the ground.

Ms Dorine Alanyo, a resident said she only attended the crusade to personally see Lukoya who is widely known for the mysterious events linked to him and being the father of Alice Lakwena who led the Holy Spirit Movement that rebelled against the National Resistance Army (NRA) government in the mid 80s.

Mr Peter Okun says Lukoya’s activities re awaken memories where his daughter Alice Lakwena incited the public to support an armed rebellion against the NRA government in which many innocent sons of the soil lost their lives.