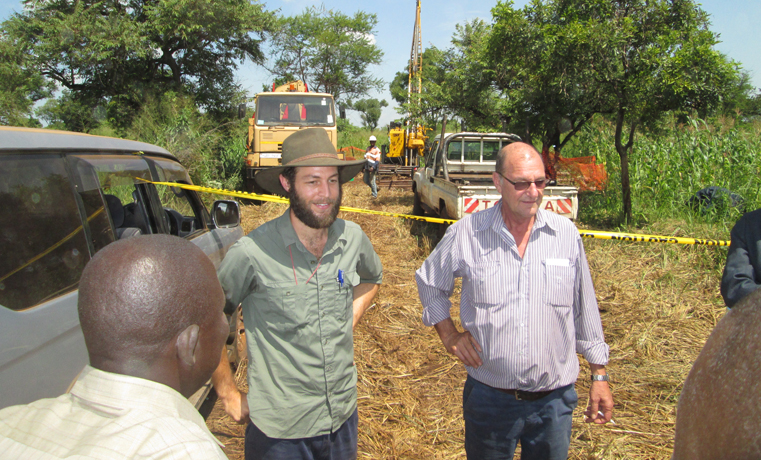 Economic Nikel Copper and Zinc Lead are precious minerals used to act as alloy for steel metals and electrical wire and battery terminals.

Speaking before a community meeting held at Pangira trading centre in Lokung Sub County, the company’s country director, Mr Bill Willmott said since 2013 the exploration company as collected over 54000 soil samples and analysed but no economic deposits have so far been discovered despite laboratory result that are encouraging.

Although a section of community members showed concerns of suspicions that the company had perhaps already found possible mines; Mr Rowan Dignam, the senior project geologist dismissed the claims saying the process of finding economic mineral deposit takes years and is quite expensive.

Mr Atanasio Okwera Oteka however showed fear that the exploration activities would in the near future have a negative impact on to the environment, eco system, human and animal health since it was already visible on ground that some holes drilled were constantly extracting  water flow.

However, Bill Willmott denounced the claims saying their exploration activities were in conformity with environmental standards and laws which have minimal impacts on the environments.

The Lokung community Association Chairperson, Mr Godfrey Opira Okeny expressed concerns on matters of compensations to residents’ whose part of land have been affected by the activities, royalty sharing deals if the anticipated mining starts, the engagement of the local community in skilled and casual labour force and sponsoring local students to pursue geology courses.

He however says the exploration company is facing glitches of expenses in terms of sending soil samples to South Africa, land disputes amidst communities where they work, bad weather and remoteness of the area coupled with the poor road networks as the main challenges affecting their exploration activities.

Olara says the company has donated desks, sporting equipments and sponsored and given over 70 beddings to selected best PLE candidates in their areas of operations while under health he says  mattresses have been given to Palabek health centre III mama kit to expectant mothers is in offing.

Through its Days for Girls program, the exploration company has helped retain girls of school going age at school by offering them recycle female hygiene kits sewn by locally contracted tailors and embarked on education seminars on puberty or school girls.

Olara adds that under water and sanitation, the company has drilled two boreholes in Pamwa and Akelikongo refurbished water pump system at Pangira trading centre.

SIPA has through patronage also trained the local community businesspeople in manufacturing liquid soap it an aim o enhancing their businesses and household incomes.

Career guidance for students to pursue geology courses is also being disseminated.