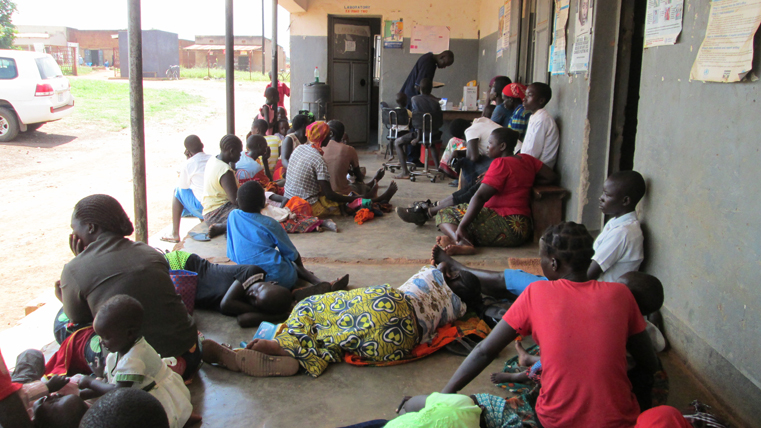 The ministry of health has pledged to ensure immediate control of the malarial epidemic that has currently hit several districts in Northern Uganda.

This assurance was made by the Director General of health services, Dr. Ruth Achieng while speaking before district officials, leaders, senior health staff and press in a meeting meant to ascertain the malarial situation in Kitgum district.

Dr. Ruth Achieng attributed the rise of the malarial incidence to the halting of the indoor residual spraying that led to a rise in mosquito population and laxity by residents towards health seeking behaviours of fully utilising mosquito nets.

Dr. Geoffrey Okello the medical superintendent at Kitgum government hospital says since the malaria epidemic surged in April; over 17 people have so far succumbed to malaria in Kitgum alone and he attributes the deaths to late referrals to the health facilities.

“The trend started rising from March when the rains descended and in April alone we registered 709 cases with zero deaths, while in May we had 1,322 cases with 4 deaths then June realised 2,789 with 11 deaths and up to 15th July  1,486 with 2 deaths”, says Dr. Geoffrey Okello.

He also says that although the number of cases has gradually declined, the health facilities were still overwhelmed with a number of patients; mainly children and women coupled with the limited staff.

Dr. Ruth Achieng says although the ministry wouldn’t be in position to roll out an immediate round of Indoor Residual Spraying but she however said the ministry of health is committed towards consistent supply of malarial drugs and supply of mosquito nets to residents in the worst hit sub counties with high malarial burden.

Dr. Ruth Achieng stressed on strengthening surveillance, revamping the home based malarial management by village health teams and computation of accurate data such that the ministry plans for immediate interventions.

In Northern Uganda, Gulu has been the hardest hit district with over 6000 cases registered followed by Kitgum district with more than 5,000 cases since the epidemic was reported in April.

As of the end of July 2015, 162 people have so far died of malaria in the entire country since the malaria incidence upsurge.

17 people have so far succumbed to malaria in Kitgum government health facilities while St Joseph hospital recorded 6 deaths in June.