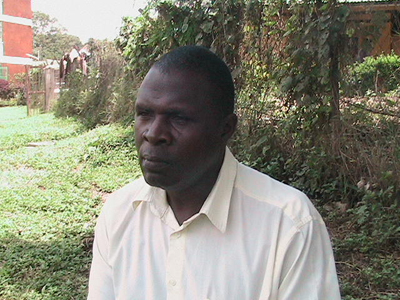 The mental health unit at Gulu regional referral hospital is stuck with a Kenyan national who has stayed at the facility for more than one year and a Congolese national who can’t explain how she got into the district.

The Kenyan National, Ms Mutoni Wesoko was taken to the unit by a woman identified as Ms Oroma Mary who had recovered from the facility.

Oroma says she begun by giving hand outs to Mutoni before she accepted to be brought to the mental health facility.

After arriving at the mental health unit, the in charge Dr Katerega Canono notes that they received her and realized that her mental stability was not normal and she had fistula, a health condition where one cannot the control the passing for urine and faeces.

Dr. Katerega says he intervened and requested for her to see a gynaecologist who discovered that the fistula was a result of Genital Mutilation.

Nurses at the mental health facility told us that they also found out that Mutoni had got infected with HIV/AIDS after being sexually abused by fellow lunatics as well as right thinking males.

Dr. Katerega says that they have spent enormously on the patients but that well-wishers came in to provide for her food and other basic items she needs.

He says that the facility receives six patients every week, with majority caused by Alcohol consumption.

“The region has gone through a lot of trauma. The community suffers from post-traumatic stress disorder which forces them to resort to Alcohol consumption to forget about the past which in the long run makes them dependent on alcohol”

The doctor says that over consumption of Alcohol is the cause or memory loss, mental illness and cancer infection in the throat, stomach and liver.

He urged the religious leaders, Manufacturers and local leaders to do everything in their capacity to curtail the rampant consumption of alcohol in sachet.

Meanwhile, Gulu District Local Government last week received a petition from religious leaders who want sachet waragi to be banned. The district chairman, Mr Martin Ojara Mapenduzi who received the petition said they will treat the matter with urgency so that an ordinance is passed.