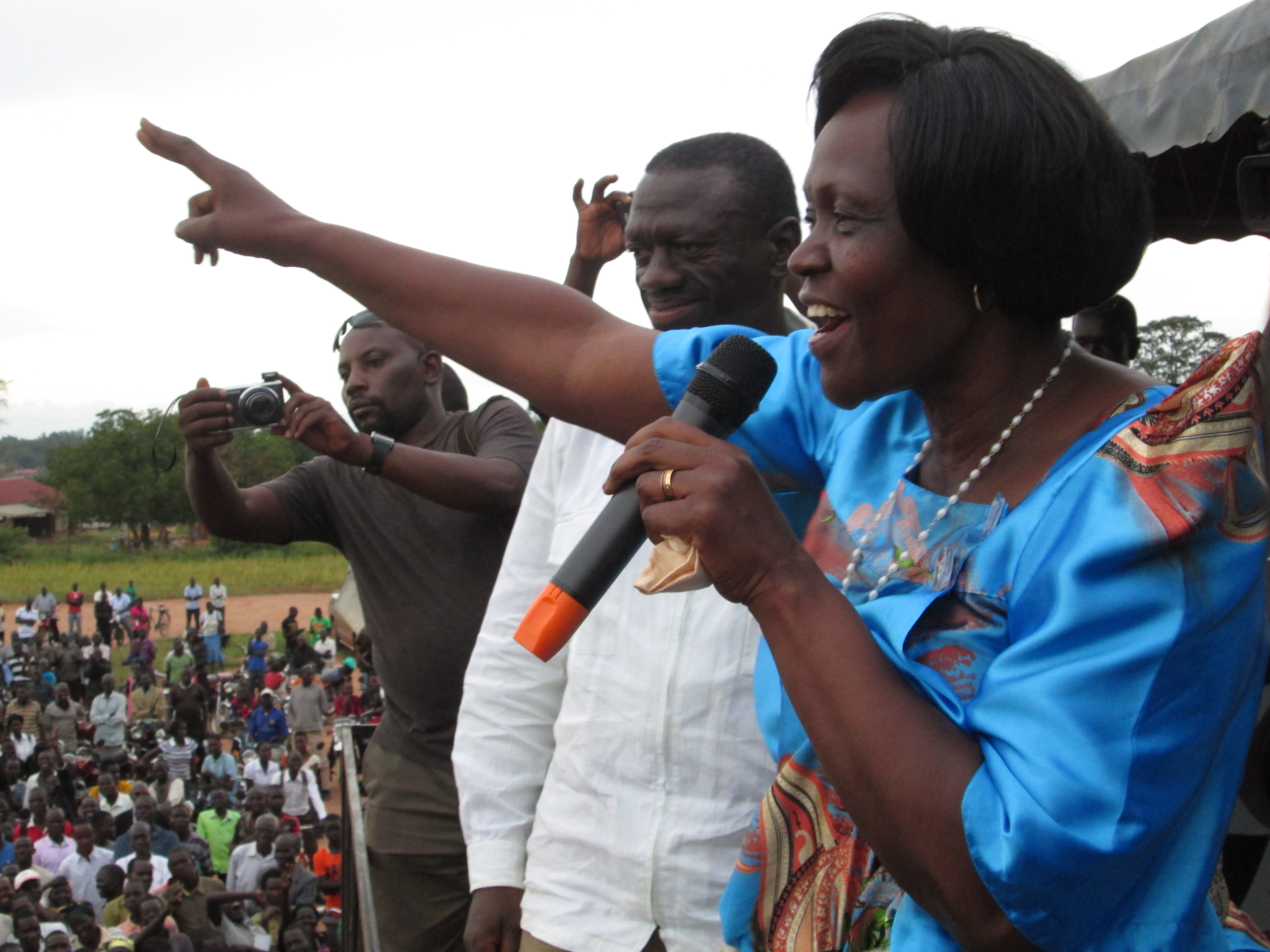 Beatrice Anywar speaking at Besigye’s rally on Wednesday at Kitgum public ground. She is supporting independent presidential candidate Amama Mbabazi and not her party candidate Kiiza Besigye. Anywar was nominated as an independent candidate for the Kitgum municiplaity seat on Thursday. She promised to continue working with the party(Photo: Dan Komakech)

Anywar and her supporters tried to access the venue of the rally at Kitgum public grounds before Besigye’s rally, but were blocked by Kitgum FDC Secretary of Defence, Santo Morris Oyoo.

Oyoo said Anywar was unwelcome at the rally since she was a supporter of independent candidate Amama Mbabazi and not FDC’s Besigye.

Anywar, however, stood her ground amidst ululations from her supporters. She was eventually allowed at the venue of the rally. On arrival, Besigye was welcomed by Anywar.   He then gave  her an opportunity to address the rally saying it’s a democratic culture in FDC to respect one another.

Besigye said Anywar’s decision to support Mbabazi and not him cannot make them enemies.

“Part of the problem here was is that my sister Beatrice Anywar chose to support Amama Mbabazi which is her democratic right and this doesn’t make her my enemy; we are still sister and brother,” Besigye said.

Besigye pledged to implore Anywar at an appropriate time before next year’s election to rethink of her decision of supporting his opponent because he is a better candidate than Mbabazi.

On her nomination as an independent candidate for the Kitgum municipality seat on Thursday, Anywar promised to continue working for the FDC party.