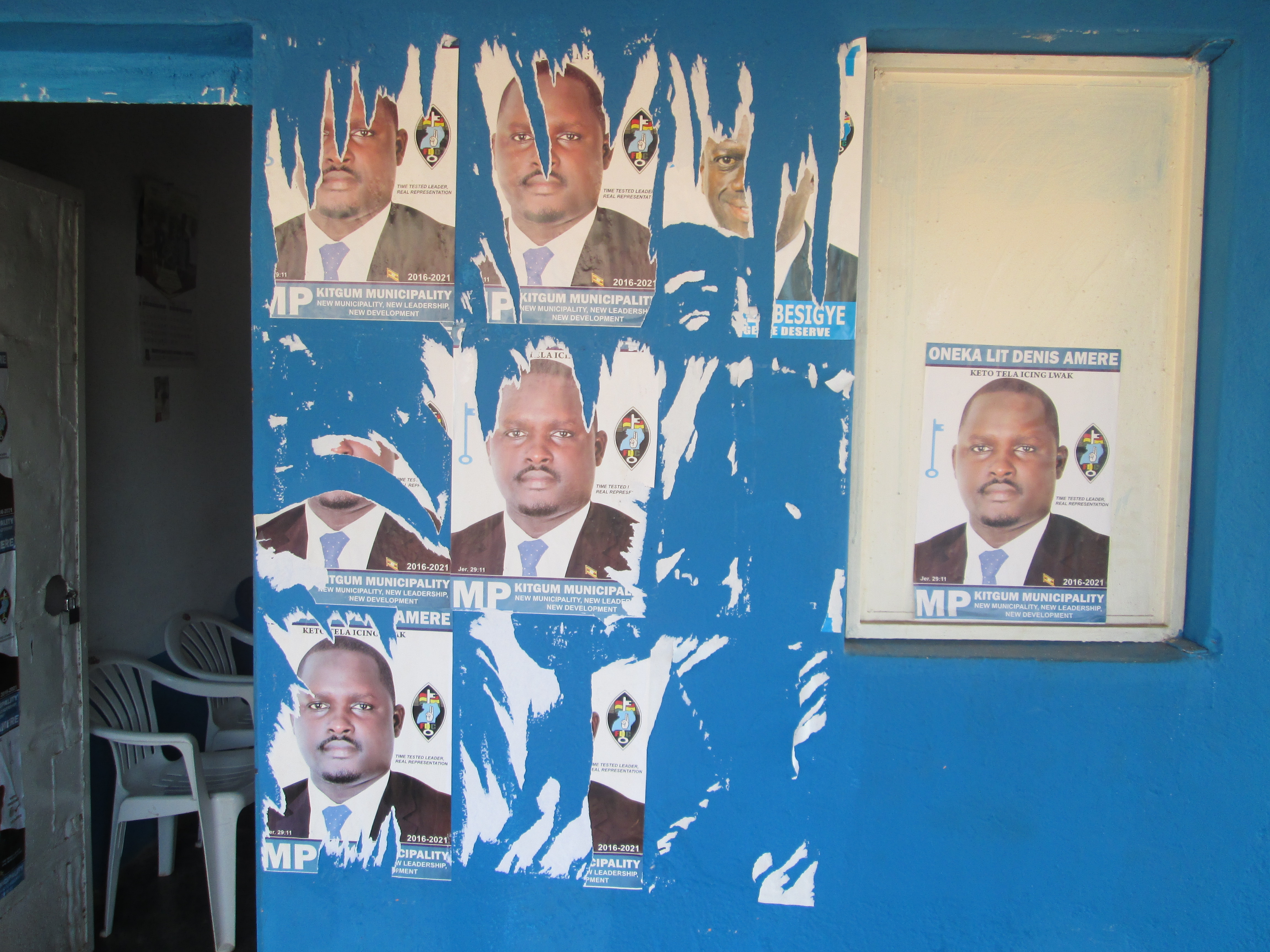 The campaign posters of Denis Onekalit Amere, FDC’s candidate for the Kitgum municipality seat have also been defaced.

Cano-kema Denis a member of Denis Onekalit Amere’s camp said on they woke up on Monday to find posters of Besigye pulled down.

Alfred Amoi the Kitgum district FDC party Chairperson described the pulling-down of FDC posters as unfortunate and warned that anyone found defacing the party’s candidates’ campaign poster will be dealt with according to the laws.

Defacing campaign posters violates section 78 of the Presidential Elections Act and once found guilty, the suspects are liable to a fine, or imprisonment for one year, or both.