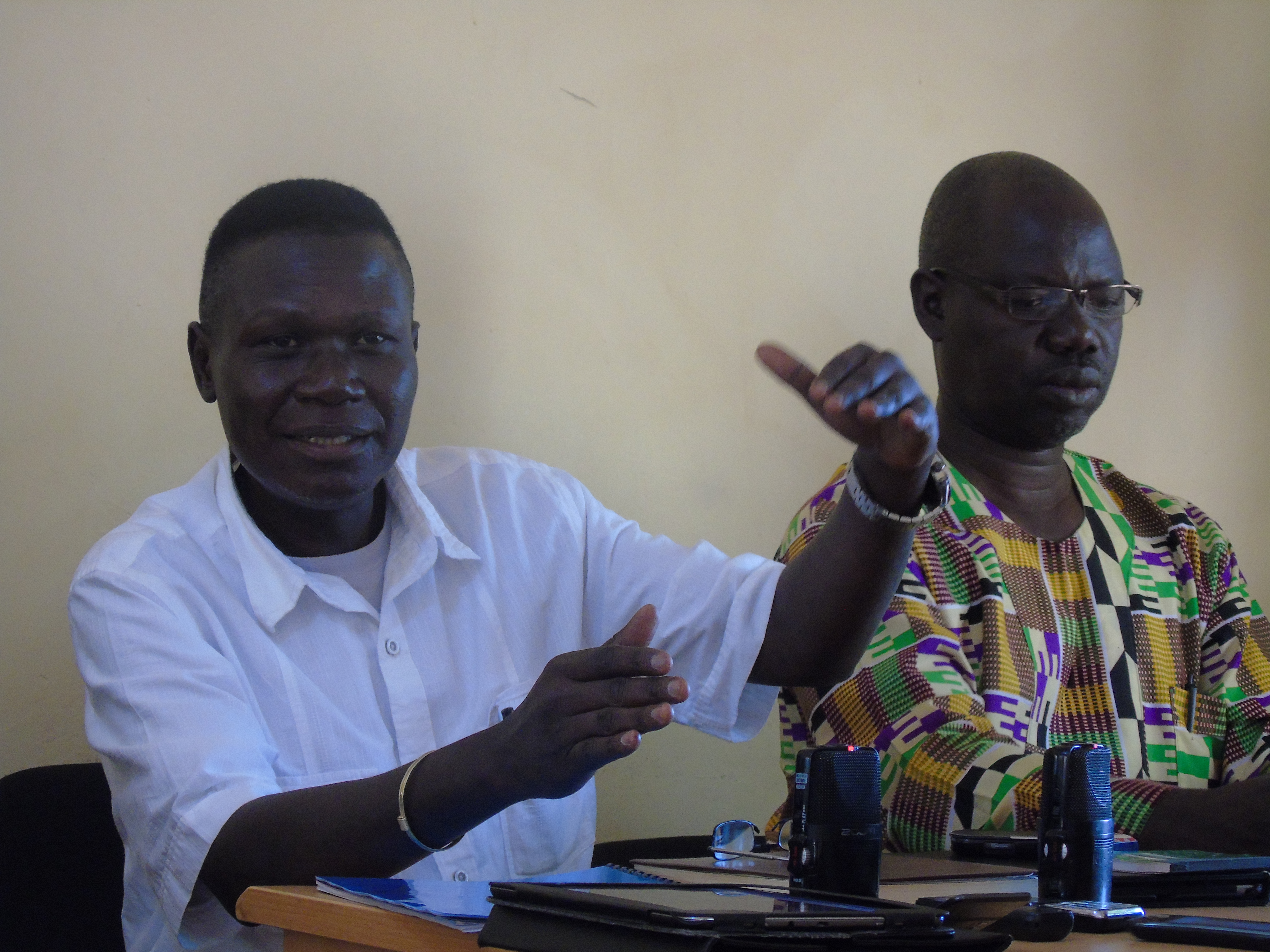 The Democratic Party president general Norbert Mao addressing the press at NUMEC Media facility in Gulu town on Tuesday. He said his petition in the constitutional court is not only about him and free and fair elections in Uganda(Photo by James Owich)

Four Ugandan renowned lawyers are to represent Norbert Mao, the DP president general in a case in which he (Mao) is challenging the Electoral Commission (EC) on how his name was scrapped off from the voter register.

In December 2, 2015, the electoral commission declined to nominate Mao for the Gulu Municipality parliamentary seat.

Benson Obete, the Returning Officer Gulu rejected Mao’s nomination on grounds that he was not on the National Voters Register, which is a requirement for nomination under Section 4 (1) (b) of the Parliamentary Elections Act of 2005 (as amended).

The section states that; A person is qualified to be a Member of Parliament if that person (b) is a registered voter.

Mao has twice been elected as Gulu Municipality MP, once the LC5 chairperson of the same district and also stood as presidential candidate in the 2011 elections.

Mao has is now challenging that decision in the constitution court on grounds that the refusal by the EC to nominate him denied him his constitutional rights.

‘‘My lawyers have filed a petition in the constitution court. It is an important petition because it tests the independence of the electoral commission,’’ Mao told journalists at press conference he jointly addressed with UPC party President Dr Olara Otunnu to unveil parliamentary candidates under the Democratic Alliance.

‘‘It [petition] is no longer about Mao but free and fair elections in Uganda,’’ Mao said the DP Party President.

Mao said the petition was filed by a team of top lawyers including Dan Wandera Ogalo, Peter Walubiri, Nicholas Opiyo and Robert Kirunda.

The local lawyers will be assisted by a team of international lawyers volunteering on the case, Mao said.

Nicholas Opiyo, one of the Mao lawyers has in the past stated that a voter card is not like a driver’s license since it doesn’t have an expiry date. Opiyo explained that it can only be withdrawn upon death or fraud and under the law.

But the EC claims that the old register was degazetted thus anyone who was registered earlier but missed out on the new one ceases to be a voter.