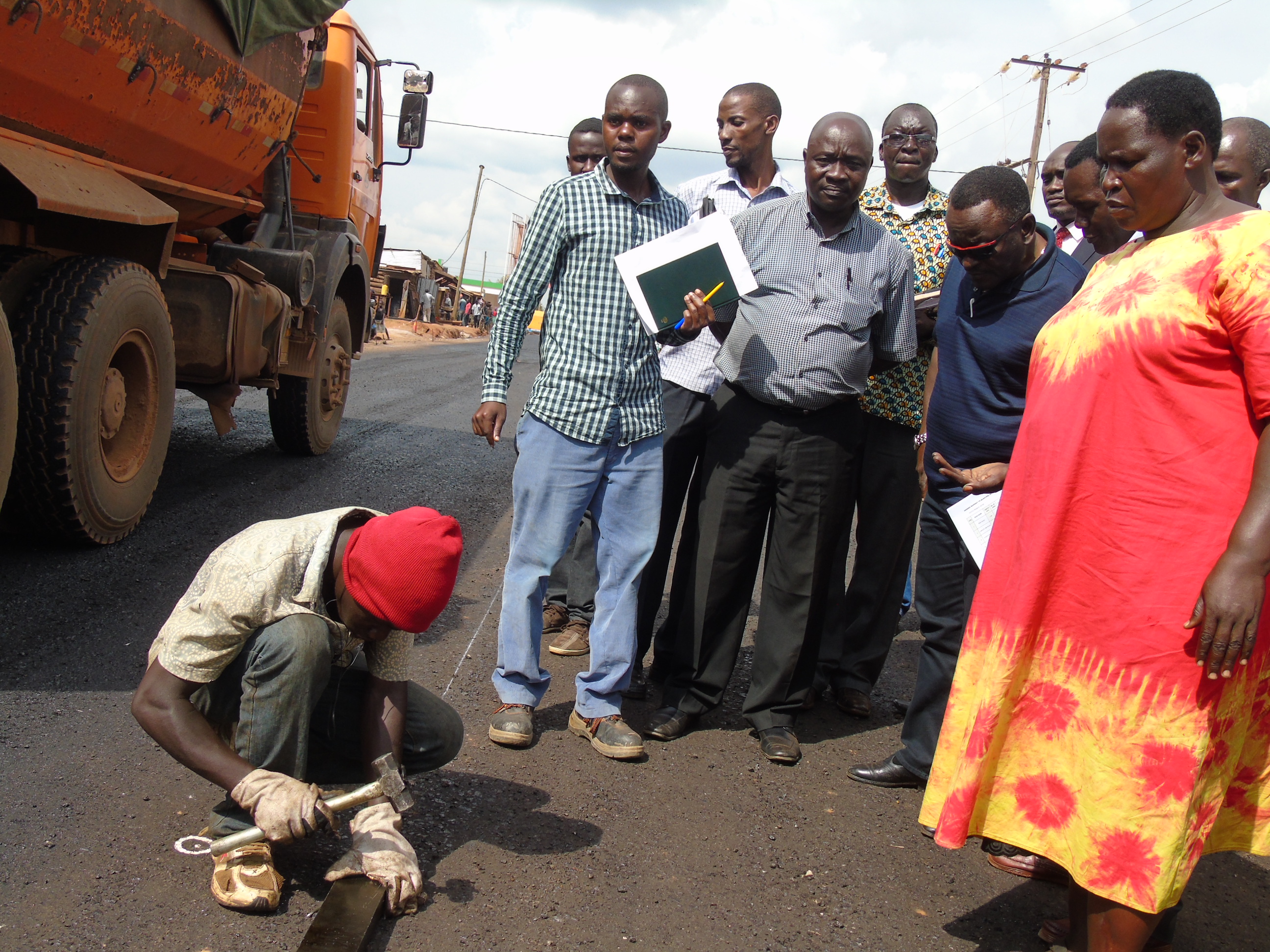 The Executive Director of Uganda National Roads Authority (UNRA), Allen Kagina, has revealed the road body is considering reviewing all contracts awarded to road construction companies in the country.

More than 80 percent of roads work contracts in Uganda have been awarded to Chinese owned companies.

Speaking in Gulu town on Tuesday, Kagina said half of the road contracts awarded to the companies is behind schedule and there is need to establish what is causing the delays.

Kagina said that by carrying out a review, they can come with a solution to the current problem which she described as a setback.

She noted that some of the roads are three month behind schedule adding that it is worrying.

The UNRA boss who is currently on a tour in northern Uganda says in the future, they are going to award contracts to companies which are capable of finishing work within schedule and on an agreed cost in order to avoid wasting tax payers’ money.

Kagina emphasized the importance of quality work saying it will enable the country to benefit from better road network system which in a long run will improve on trade.

She also urged local construction firms to bid saying they will be given special consideration unlike international companies.

George Aligech Lapir, the President Gulu Municipal Development Forum (GMDF) attributed the delay to several contracts which have been awarded to Chico and yet they have limited capacity.

Aligech says the road construction company has been overstretched with the numerous constructions works forcing it to abandon other sites and in the process they fail to beat the dateline.

Gabindadde – Musoke, the Permanent Secretary under the Ministry of Lands, Housing and Urban Development who toured the roads under rehabilitation in Gulu town in July last year said he was not impressed with the current pace of work by the company.

But close to eleven months into the 9 billion shillings road project, only 60 percent of the works on the total of the 10 kilometers has been partially completed.

Charles Moro, the Human Resource Officer for CHICO admitted that there have been delays in road works but said they encountered a lot of challenges at the onset of the project.

Moro explained that when the project kicked-off, there were setbacks such as reallocations of utilities such optic fibers, electric poles, sewerages and piped water lines.

He also noted that the redesign of the roads also caused challenges since the previous design was not fitting with the current size of the road.