UPDF Donates 1,000 Cartoons of its Uzima Water for Museveni Rally 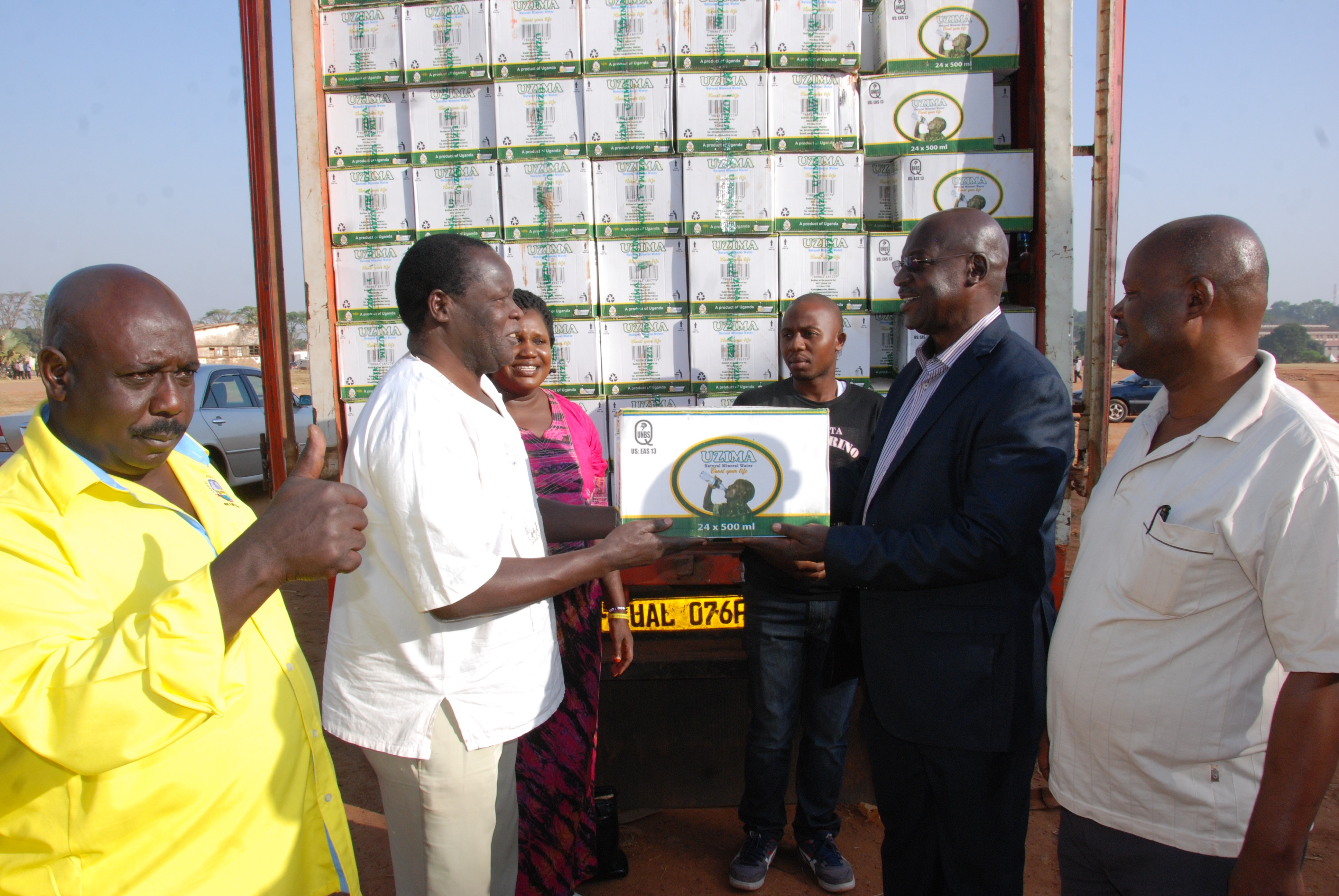 The Uganda People’s Defence Force on Sunday donated 1,000 cartons of its Uzima Natural water worth 10 million shillings for people who attended President Museveni’s rally at Kaunda Grounds in Gulu town.

Uzima natural water is produced by the UPDF under the National Enterprise Cooperation in the ministry of defence.

‘‘From here, after they taste our water we want them to also support the force by starting to buy the water which will be in the public market soon, ” Gen Oketta said.

Oketta said he was using the occasion to market the water in the Acholi sub region and also to let people know that besides being in the battle field, the army is also promoting the development of the country.

Captain Okot Santo Lapolo, said that the water will be distributed to those who will welcomed the president at a rally he had in Gulu yesterday.