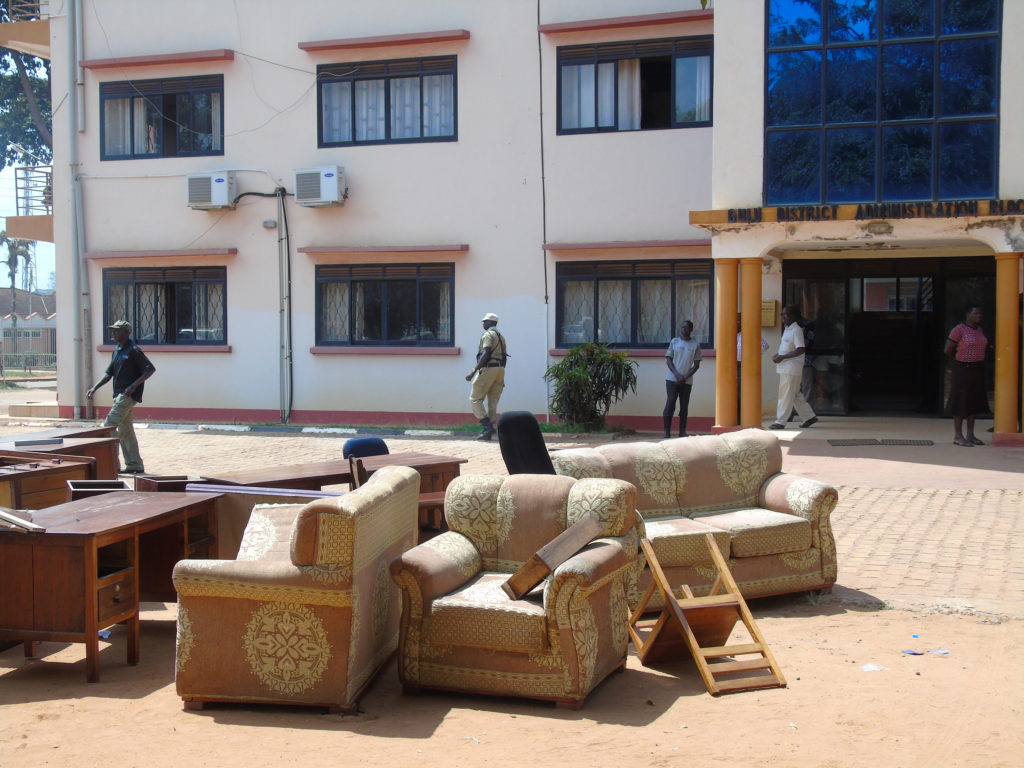 High Court in Gulu has ordered for the attachment of 23 vehicles belonging to Gulu District Local Government in a bid to recover over 4 billion shillings in unpaid debt it owes to former employees who took the district to court.

The order was made on Thursday last week by Henry Twinomuhezi, the Assistant Registrar for Gulu High Court.

In his ruling, Twinomuhezi ordered that government vehicles and other office accessories be attached in the next coming 14 days unless Gulu district clears a total of 4.227 billion shillings it owes to former Parish Chiefs in terminal benefits and costs of suit.

The ruling arises from civil suit No 145 of 2003 were then Gulu High Court Judge Remmy Kasule ordered for the attached movable property of the district including 25 vehicles owned by the district.

About 89 former parish chiefs who claimed to have been erroneously dismissed from service by Gulu District Local Government authorities in 2002 are demanding for 4.277 billion in compensation.

They were laid off during a restructuring program due lack of academic qualifications.

Through their lawyers, Shamim Amollo of Amollo & Co. Advocates and Ngobi & Co. Adocates, the parish chiefs are demanding for 451.3 million shillings on principal and a total of 290.2 on accounts of costs.

In his 2012, Justice Remmy Kasule awarded the former employees of Gulu district a total of 2 billion shillings on the ground that  procedures was not followed  by the district in laying off the Parish Chiefs.

But since then, the district paid only 451 million shilling.

The money has also accrued over the years generating leading up to the 4 billion shillings.

On Friday, the court bailiff stormed district headquarters before forcing their way into the administrative building were they ransacked offices taking away computers, office chairs and tables and filling cabinets.

However police which is just 70 meters away was quick to deploy to stop the execution of the court order.

Quirino Ovongiu of Select Auctioneer & Court Bailiff and his muscular men tried to confiscate office equipment but he was stopped by the heavily armed police.

According to Ovongiu, they are demanding for about 4.2 billion shillings in cost of suits and terminal benefits.

The Resident District Commissioner (RDC), Capt Okot Santo Lapolo says the bailiff did not follow the normal procedure that is why they were stopped from executing the court order.

Capt Lapolo claims that the bailiffs had no letters from the police, saying this is why they were blocked by police.

Meanwhile, Martin Ojara Mapenduzi, the Gulu District LCV condemned the bailiffs for the violent manner in which they tried to attach government property.

Mapenduzi noted that the court bailiff did not notify the Gulu Chief Administrative Officer (CAO), who is the custodian of the government asset in the district.

Both the RDC and the LCV have called for dialogue to solve the long standing court issue.

The Chairperson of the former Parish Chiefs, Omach Okwera, 70, says the  last payment the district made was last year– 450 million shillings.

Okwera added that since then, Gulu  has not honoured court order to pay the former Parish Chiefs. He also revealed that  22 out of the 89 former Parish Chiefs who took government to court have since died without receiving their money because of the delay by Gulu district pay as ordered by court.