Drama As Goat With 30,000 Shillings Dangling On Its Neck Surfaces In Omoro, Villagers Scatter In Fear 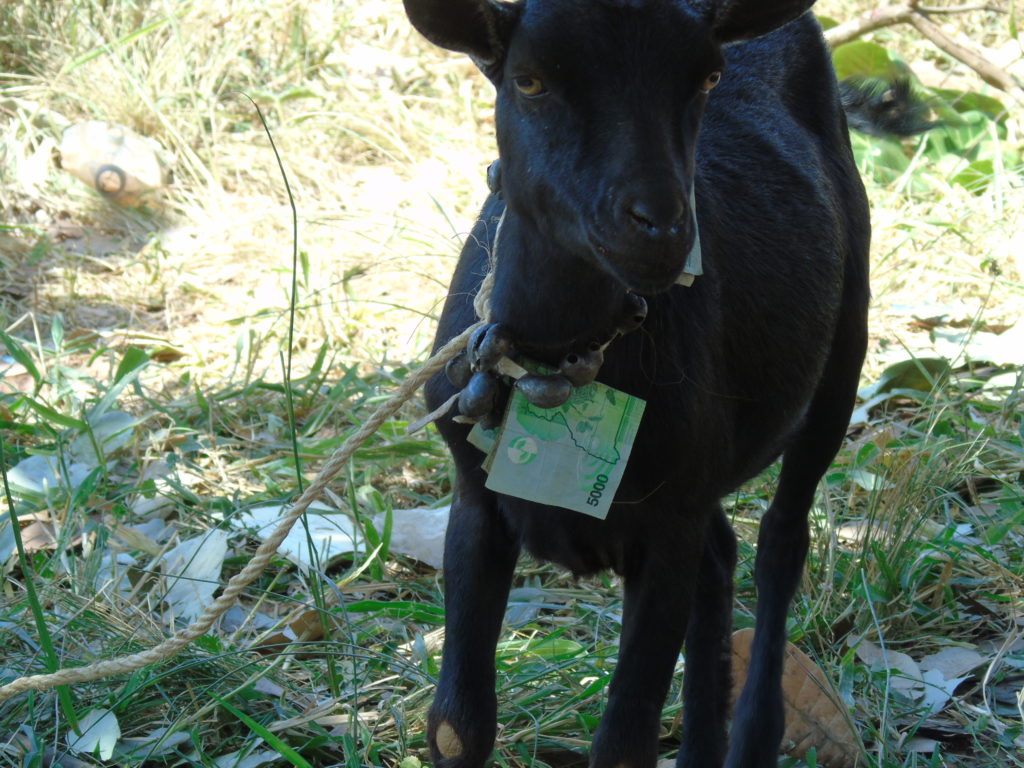 In your entire life, you will probably never see a goat trotting in a village with money attached to a string dangling from its neck.

Not for residents of Abili village in Labwoch parish in Koro Sub County in the new district of Omoro district.

Residents of the sleepy village only about 8kms from Gulu town were on Thursday treated to unexpected drama when they scattered in fear on seeing a black goat trotting with money attached to a string dangling from its neck.

At the time of filing this story, the goat had been detained by police at Koro Police post as the search for its owner goes on.

No one had so far come to claim the goat.

It is suspected the goat was being used in an act of witchcraft.

In Acholi goats are used in cleansing ceremonies but even then, decking a goat with 5,000 shilling bills and letting it go lose is strange.