For All Their Power, Strongmen Are Powerless To Know When To Go 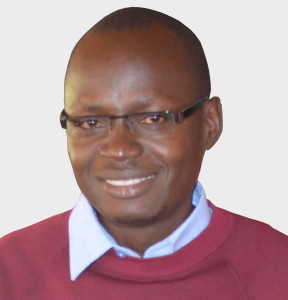 By now you should know that Africa is one dictator less. Yahya Jammeh, after two decades atop tiny Gambia is no more. The eccentric tyrant is off the swing of power. His desperate but ultimately fruitless attempt to cling on came to naught after ECOWAS, the West Africa bloc, threatened to bomb him out.

As Jammeh fled The Gambia, media reports quoting an in-coming official of the new administration said the outgone president had emptied the country’s coffers, loaded luxury cars in the belly of a cargo plane and flew them to his exile home where he is possibly being hit by the reality of life without the cushion of the presidency.

When Africans flee war and the grip of their chiefs, they cross borderlines in search of safety laden with saucepans, sacks and sometimes chicken and goats. Their president’s flee with cartloads of dollars. Both mean the same thing: livelihood. For the citizens, pretty basic, for their chiefs, conspicuous consumption.

For all their power, strongmen are powerless to know when it is over until it is over.  It is their Achilles’ heel.  In Liberia Master Sergeant Samuel Doe was literally skinned out of power by rebel leader Prince Johnson. ‘‘Where is the money,’’ Prince Johnson, taking a swig from canned beer, fanned by a woman, menacingly asks a Doe undressed to his pants as his(Doe’s) ears were sliced off with an object( You may still be able  to watch the horrific footage online).

Prince Johnson did not take the Liberian presidency. Charles Taylor did. Taylor was forced out in 2003. In a James Bond like valedictory before boarding a jet for Nigeria, his youngest wife by his side, Taylor said: ‘‘God willing, I will back.’’  God wasn’t willing.  Today Taylor is cooling his heels in a British jail having been convicted for war crimes by the UN Special Court for Sierra Leon and sentenced to half a century in jail.

Gadhafi, Africa’s ‘‘king of kings’’ was plucked off the bowels of a road drainage like a sewer rat. Hosni Mubarak downed in the Arab Spring wave.  Before him was Tunisia’s Ben Ali.  The constant among all these strongmen was their powerless to know when to go.

Beyond a certain point, the presidency becomes a guarantee for security and a super comfortable livelihood. Holding onto to it becomes an individual and not a public matter.

“I am not an employee. I hear some people saying that I am their servant; I am not a servant of anybody. I am a freedom fighter; that is why I do what I do…’’ (Daily Monitor January 27) quoted president Museveni as saying during the occasion to mark NRM’s 31 years in power in Masindi district.

Museveni’s perplexing statement left many dropped jaws. The statement may be a manifestation of crisis that comes with  the powerlessness of a long ruling leader not knowing when to go while also acutely aware of forces within and outside of his control  that are working against his longevity plans.

Coming after a presidential elections in which he defeated Amama Mbabazi, symbolically representing a defeat of his bush war comrades, and an army reshuffle in which the young have taken over from the old, Museveni’s statement can also be a show of strength, except that strength is also the strongman’s Achilles’ heels which can itself be a motivation for the strongman to project false strength.