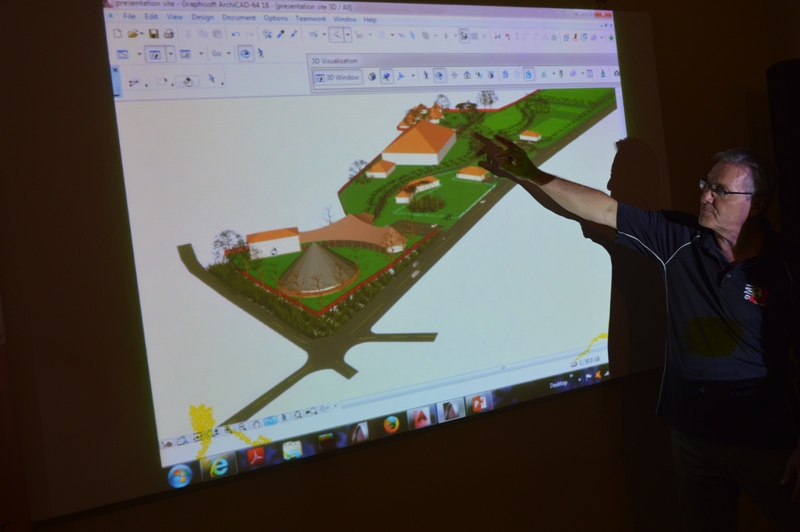 Steve Ulrich an engineer from Canada shows an audience comprsing of Gulu district officials, the media, civil society representatives and Pentecostal pastors how the Gulu Champions Centre will look like when complete. The centre will house the World’s Biggest hut, according to the engineers (Photo by Moses Odokonyero)

If all goes as planned, the biggest hut in the world could in future be found in Gulu district.

Mr Fleming was on Friday evening last week among a team of specialists including structural engineers, civil engineers, architects and an environmental impact assessment consultant briefing Gulu district officials and the media about the ‘‘Gulu Community Champions Centre.’’

The centre is planned to be a complex that will include a museum, a fitness centre, a clinic, an auditorium with a holding capacity of 2,000 people, a daycare centre, basket ball courts, tennis courts, a football pitch and a leisure park. It will sit on part of a 15 acre piece of land wedged between Unifat Primary school and Kauna Grounds in Gulu town. Pece Channel, a stream that runs through the land will be preserved, according to the experts and Gulu district officials.

The experts who briefed Gulu officials are from Uganda, America, Canada and South Africa. They belong to Engineers Ministry International (EMI), an organization which describes itself as a ‘‘network of Christian design professionals who design structures and construct facilities which serve communities and the church.’’

The Gulu Community Champions Centre—the name of the planned complex– is the brain child of World Embrace, a Gulu- based Christian charity organization run by Canadian national, Reynold Mainse.

‘‘The Gulu Champions Centre will be a place where people can go seat, read a book and take a walk. It will also have a recreation island,’’ said Mr Mainse who is founder and President of World Embrace.

Construction work is expected to begin sometimes in 2018 and will take between five to ten years to complete.

‘‘The project will be made in phrases. We are charitable organization so we rely on donors. This means it could take between 5-10 years to complete,’’ Mainse said.

Gulu district Chairman Ojara Martin Mapenduzi was among Gulu district officials at the briefing by the specialists. 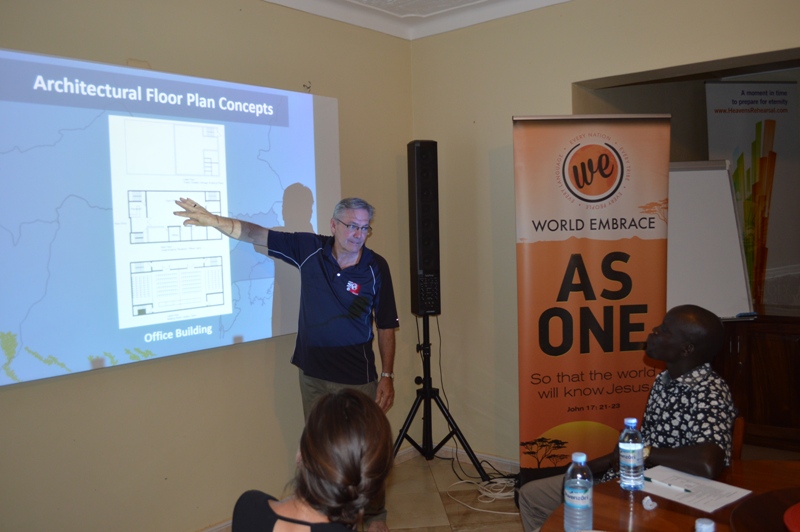 Asked how much the project will cost, Mr Mainse said it was still too early to put a figure to the cost of the project. The experts however noted that the cost of building will among others be determined by the nature of the soil on the land. Already they pointed out that the soil is soft and the land has a higher water level, something they said would need to be addressed through engineering works.

The Gulu hut will be 35 metres wide and its roof 26 metres high. It will be as high as high as a six- story building,’’ said Steve Ulrich who led the team of EMI engineers from Canada.

The hut which is expected to house an ‘‘Acholi Museum’’ will be build out of steel but it will structural resemble the traditional Acholi hut. It will have a thatched roof.

From their search online of the biggest hut in the world, the engineers told Gulu officials that they haven’t come across any hut as big as the one planned for Gulu.

‘‘It will be far bigger than the one in Kampala [Kasubi tombs].  It will be the biggest in the world,’’ said Ulrich.