In Bits And Beeps, Support For Nanga Maestro Ogwang Clipper Comes In To Offer Relief 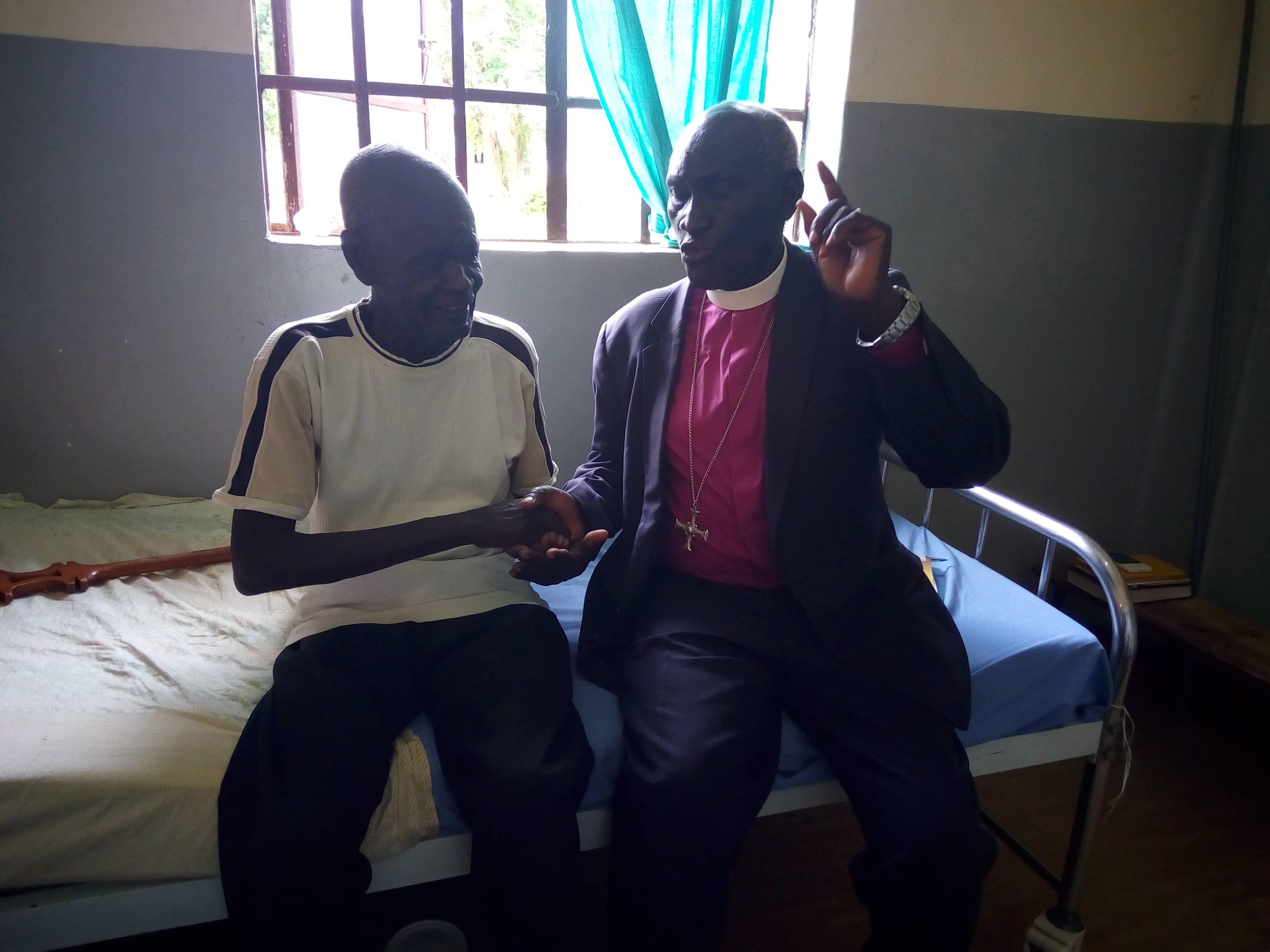 Financial support for bed-ridden Nanga maestro Ogwang Phillip Clipper has come in bits from far and wide; from the known and unknown; from the prominent and less prominent; from within and outside Uganda.

The support is towards meeting the medical bills of the Nanga star with more than 430 songs to his name in a career spanning over a half century.

The bits of money have been dripping in with beeps to announce arrival in Clipper’s worn out Chinese- made mobile phone. Yet it is these bits that have nevertheless cumulatively contributed to significantly changing the dire situation of Clipper who until last week was holed in his brick and mud semi- permanent house in Ginnery, Oryang Ojuma, in Kitgum municipality with hardly enough to eat, hardly any money to enable him seek medical care, with pain shooting through his frail body and eyes that can’t see.

‘‘I can’t thank enough those who have supported me. Without them, I wouldn’t be here. May God bless them,’’ said Clipper from his hospital bed in the relative comfort and cleanness of the private wing of the Gulu Regional Referral hospital where he was admitted early last week.

Doctors have since the admission of the Nanga great been working towards normalizing his sugar level and blood pressure in preparation for a possible eye operation to remove cataracts, raising the possibility of the 83 year old famed composer and singer regaining a degree of his sight, a thing that could potentially improve the quality of his life that has in recent months deteriorated due to inability to walk without being aided.

It was the publication of an article in Acholi Times that contributed to kick-starting a modest fundraising campaign among a primarily Acholi audience, but also open to non- Acholi- Clipper fans. The initial objective of the drive was meant to raise funds to enable Clipper to be taken to hospital. He is diabetic and hypertensive, two ailments that coupled with old age have caused other health complications that doctors say need to be controlled or addressed.

As word spread online, on radio and by word of mouth about Clipper’s failing health, and the need for a collective response to rescue the legend– money started coming in from the Koch Goma, Agago, Anaka, Alero, Puranga, Lamogi, Kitgum, Kampala, Germany and the Netherlands.

The myriad directions from where the donations came, cutting across boundaries and old divides are testimony to the impact of Clipper’s music in Acholi and beyond.

‘‘Clipper’s music is what you would call classics,’’ said retired Anglican Kitgum Bishop, Macleod Ochola who visited the singer on Friday last week. ‘‘In other countries,’’ Bishop Ochola quipped, ‘‘Clipper would have been honoured with a PhD.’’

‘‘I am the son of Lakana Omal. I am contributing 30,000 shillings,’’ said Sam Ocula, a caller on radio who claimed to be a son to the late Lakana, the equally famed Nanga legend whose eye’s had caught Clipper’s talent way back in 1969. According to Clipper, Lakana prophesied: ‘‘When Lakana is no more, no one will beat you [Clipper].’’

‘‘I do not have that much money. But I love Clipper. I will send him 1,000 shillings,’’ said another  caller on radio.

‘‘There are many more who might want to contribute. But make it easier for people to contribute online,’’ Apio counselled.

By the end of last week, the modest campaign had helped raise about 2.5 million shilling offering much relief to Clipper and his family. Part of the money is what is being used by Clipper to buy medication, pay the doctors and meet his upkeep bills while in hospital.

He needs an eye operation

On Tuesday, today, Clipper  will be discharged from hospital. Doctors say his sugar level needs to be monitored and  normalized before the eye operation can be performed.  The singer will keep around Gulu for a day or two to open a bank account to enable online contributions. After he will travel back home to Kitgum from where doctors have advised that he should check his sugar level regularly from Kitgum hospital and travel back to the Gulu Regional Referral Hospital once a month for checks in preparation for the eye operation. 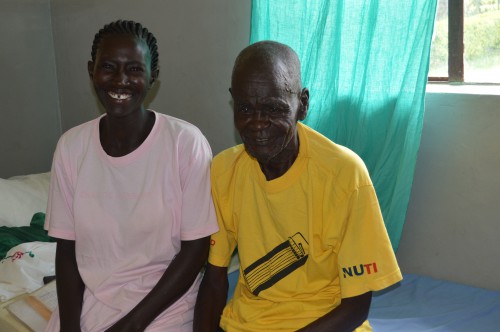 Clipper and his wife Sabina Lawino

In old age, Clipper, like many in his age bracket are struck by two common enemies: age related ailments and a lack of money for medical care and proper upkeep at a point when they are at their weakest.  And yet the old, like anyone else, need to live a dignified life even if they are no longer in position to be productive enough to make money. In his decade’s long career in music, Clipper recorded and preserved Acholi culture in addition to entertaining his legion of fans. Now is the time for his fans and people of goodwill to come to his rescue by contributing whatever they can. The fundraising effort for Clipper is having a re-think with prominent Acholi’s coming on board to give it voice and weight. Plans are also underway to have an account with trustees to ensure  the donated money serves the purpose for which it is donated.  Well wishers can continue making the much- needed donations through Clipper’s mobile phone.