Don’t Be Too Excited By Bobi Wine’s Win, Museveni Can Rule Uganda Without Winning Kampala 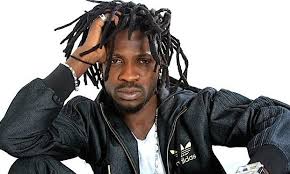 The bad man from Kamyokya was ”100% bad news” by emphatically thumping his opponents in the Kyadondo East parliamentary by-elections. But beyond that will his energetic win have any national impact? (Internet Photo)

Every time a ”new wave” sweeps our politics, as singer-turned politician Robert Kyagulanyi Sentamu aka Bobi Wine has done in the Kyadondo East parliamentary by-elections, progressive pundits scramble to interpret and assign it meaning and implication, often using a prism that interprets the wave as fresh energy in the fight against the hegemony of long-ruling and clinging Museveni and his 1986 club of ex-Marxists turned crony capitalists.

Or that the wave represents something ‘‘new’’. As far as I am concerned, from Norbert Mao to Kizza Besigye to Erias Lukwago to David Sejusa aka Tinyefuza and more recently ex-premier Amama Mbabazi, to mention but a few, each of these men have at one point in their public affairs life been projected as representation of the galvanization of a progressive force for change in Uganda. They still do represent something for Uganda. But they are yet to actualize the representation.

In the heat of the moment, Bobi Wine’s victory is already being postulated as something big with national implications.  I think it’s a positive win but I won’t be taken by the excitement. I will instead watch coldly because we have been here before.

Political victories in Kampala and its environs by the opposition and opposition leaning candidates against the ruling NRM is not always necessarily a representation of the national pulse. Museveni can rule Uganda without electorally winning Kampala (sounds strange but true). Betty Kamya lost the Rubaga South parliamentary elections, but she is political boss of Kampala while Erias Lukwago, the Mayor who was popularly elected is hounded around like a chicken thief and sat on by Jennifer Musisi, a politically appointed technocrat.

Whenever opposition candidates win in and around Kampala, it is blasted on rooftops by its supporters with big trumpets as a sign of ‘‘good times’’ to come in the fight against parasitic rule. This is a strangely Kampala problem. The city is where Uganda’s political, economic and social life is centered. Understandably it is a place where every politician wants to have a leg. But this proximity to the centre of power can be deceptive. Museveni knows this so well explaining why he spends  time with his peasants around the country-drip- irrigating and riding a low-tech Roadmaster bicycle as we the social media class mock him and laugh our lungs out.

‘‘The bedrock of our support is in the villages, not the noise makers in Kampala and urban centres’’– how many times have you heard this statement from Museveni’s spin doctor Ofwono Opondo or even the man himself?  The opposition has failed to pick a leaf from the statement.

The second Kampala problem for the opposition is the media. Uganda’s ‘‘national’’ media for various reasons is mostly bound to a Kampala spinning wheel chair. And that is how the media ends up creating national characters out of people like Mubaraka Munyagwa, an opposition politician with hardly any coherent national message or reach outside of his constituency.

The opposition and opposition leaning politicians and their supporters should stop getting excited by victories in Kampala and its environs because it’s a deceitful representation of the overall national pulse. Bobi Wine can act as a learning point on how to galvanise people’s frustrations. But Bobi Wine’s win, emphatic, as it was is hardly steeped in ideology beyond its mobilisation power. When young people swept off old guards during the Arab Spring, they didn’t have the ideology to sustain power. Consequently, power slipped back to the old guards. Bobi Wine’s momentum is good, the opposition needs a platform on which to anchor, sustain and spread it outside the urban centres for tangible impact.