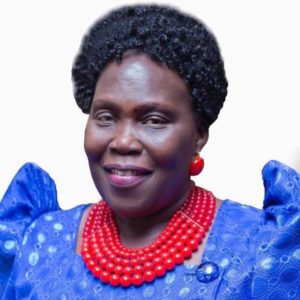 The opposition, generally speaking, is a government in waiting. And true to that, in democratic societies, tables often turn with the opposition taking over power and those in power becoming the opposition.

The regularity with which the power table swings from opposition to ruling party and from ruling party to the opposition is usually an indicator of the health of a county’s democracy, and how much power citizens have in choosing those they deem qualified to manage public affairs on their behalf.

Equitable access to civic spaces by the ruling party, those in the centre, and the opposition is sacred in a functioning democracy. However, in Uganda this space is alarmingly shrinking and becoming a monopoly of the ruling NRM party.

Denying spaces for the opposition and critics of the NRM is now an established part of the power retention strategy for Museveni and his life- presidency project. Some mistake this act of opportunism for tactical astuteness on the part of Museveni. Nothing can be further from the truth.  Bluntly put, this primitive hogging of power has a counterproductive effect on Uganda’s transitions to democracy.

Already, Uganda is a black sheep in the original East African region—we are the only country that hasn’t had a peaceful transition from one president to another. If the Democratic Republic of the Congo manages to pull off a peaceful transition from President Joseph Kabila to another leader, despite its flawed electoral process, the blackness of Uganda will cast a dark shadow beyond East Africa.

Increasingly, it is no longer even ‘‘news’’ when members of the opposition are blocked from holding meetings, rallies, prayers, and music concerts, as is the case with singer and Member of parliament, Robert Kyagulanyi better known by his stage name—Bobi Wine. It is near- becoming acceptable in the eyes of Ugandans that the NRM and President Museveni can have as much access to the electorate using public resources while the opposition remains largely chained on poles planted by the police and military. That is how tragic it has got; normalization of the abnormal.

If you ask, who benefits from this cloudy and unbalanced sad situation in which the opposition appears free but when in real sense is chained? Certainly not Ugandans. The sole beneficiary of this situation is Museveni. But this comes at the cost of continuous psychological torture of Ugandans who are unsure of what will happen to the country without him. By gluing his raw life-presidency aspirations to Uganda’s future, and fattening his ego by claiming to have grandeur ambitions that go beyond Uganda’s border, Museveni has become more opportunistic than nationalistic.

The limitation of civic space for Ugandans has dire consequences for Uganda, including but not limited to stunting the growth of state institutions critical for the growth and inculcation of a democratic culture. It also undermines the growth of new emerging talent in both the opposition and ruling party—talent that could offer Uganda solutions to challenges Museveni has failed to address in the last 33 years.

Equitable access to spaces in which the opposition and the NRM must coexist to sell their agenda to the public for the benefit of Ugandans is not debatable. If the opposition is perpetually stopped from accessing the electorate, it means, Ugandans are being denied an opportunity for the sprouting of new political talent to widen leadership choices for citizens. Unfortunately, this is what we are faced with. The consequence has been that Ugandans have been disempowered, making citizens weaker in the demand for accountable leadership. This weakness of the citizenry is best illustrated by the now infamous begging phrase: Tusaba Govementi etuyambe ‘‘We ask government to help us.’’

The writer is Gulu woman MP & Leader of Opposition