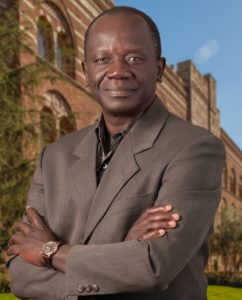 I was involved in a study that assessed the health risks associated with consumption of ‘sachet’ Waragi in Acoli, Uganda. The study found that alcohol in the market had agents that pose a serious health risk.

My interest in assessing the health risk of consuming alcohol stems from my roots in Bolo Parish, Awere sub-country, Pader District from where I lost three siblings to contaminated sachet-packaged alcohol. I have since discovered that my story is not unique in Uganda or in East Africa.

In Kenya for example, 49 people died after consuming methanol-contaminated alcohol in 2005 and in 2014, at least 60 people are also known to have died after drinking industrial chemicals in waragi. The World Health Organization says 4 out of every 100 deaths in Kenya are linked to alcohol. In Tanzania, the country was flooded with deadly alcohol concoctions by a gang in 2016.

Being a chemist, I wanted to factually corroborate or repudiate claims that ‘sachets’ and Lira-Lira waragi in Acoli contained more than just alcohol. I had to investigate and establish evidence of the composition of these drinks.

The results of this investigation, a collaboration with Tom Juma, my colleague at the Environmental Monitoring Division, City of Los Angeles (he’s from Bondo, Siaya County, Kenya) and Dr. Olara Otunnu, former Under-Secretary-General of the United Nations, is published in the journal PLOS One under the title Assessing the health risks of consuming ‘sachet’ alcohol in Acoli, Uganda.

In the study, cancer causing agents arsenic, chromium, lead and obviously ethanol (the intoxicating agent) were found in waragi. In addition, 17 other contaminating metals, but whose cancer causing potentials are not yet known, were also found in the waragi.

The question then is, what does consuming the waragi studied mean? It means 1 in 105 consumers for sure will develop cancer over a lifetime due to exposure to arsenic, lead and chromium, and that the risk of developing both cancer and non-cancer related illnesses is also assured due to exposure to ethanol. In short, there are no safe amounts of waragi.

In addition to the certainty of developing cancer due to ethanol exposure, the statistical risk of developing other health problems from consuming Big 5 Vodka, Bond 7 Whisky, Beckam Gin, Goal Vodka and Kick Gin Pineapple brands is 1 in every 654 consumers, and from consuming Brigade Gin, Chief Waragi, Royal Vodka, Salongo Gin, Uganda Waragi or V6 Tangawizi Vodka brands is 1 in 1404.

For those who prefer to drink Lira-Lira waragi, the risk is 1 in 62 due the excessive amounts of copper consumed.

At this time, it is impossible to give precise figures of Ugandans affected by alcohol-related illnesses, but it is safe to say that the problem is pervasive. Perhaps, now that we know that these types of spirits pose serious health risks, it will be possible for other researchers to specifically examine health records and be able to correctly determine the number of deaths and illnesses that can be directly linked to the contaminants and ethanol.

We recommend establishing a national alcohol consumption policy and an agency with a laboratory dedicated to monitoring alcohol quality to enforce it. Public education should be a component of this effort to ameliorate the risks of alcohol consumption. Alternatives are needed for families that rely exclusively on the alcohol economy for income. Short of these, Uganda should expect increased alcohol-related health risks since Africa has been identified by international alcoholic beverage industries and market researchers as the area for alcohol market growth.

So, where does one go to satisfy craving for alcohol? Stick to traditional drinks like kwete, malwa, etc.

Dr. Ochan Otim is a Board Certified Environmental Scientist and teaches chemistry at the University of California, Los Angeles (USA)