From the ruins of war in northern Uganda, emerges literary gems 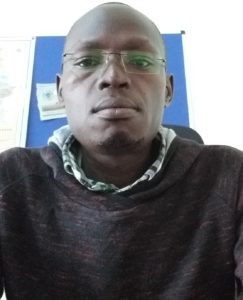 There are things better expressed through poetry. The commonest being love. Stunned by the beauty of Lapobo, an awed AR Cliff Lubwa p’Chong marveled: ‘‘Lapobo, tall but not too tall…when I think of her, makes food drop off my hand.’’

Love triggers poetic expression. The opposite of love too triggers poetry. When the walls of ‘‘I love you’’ crack, from the debris, poetry of the mourning type comes tumbling: ‘‘A wedding ring is the smallest handcuff,’’ wept one big man. ‘‘Choose your prison mate properly,’’ big man counselled.

Retired principal judge, Justice James Ogoola sought solace in poetry when the infamous ‘‘Black Mamba’’ stormed court chambers in November 2005: ‘‘Like a swarm of angry wasps, the praetorian guard descended on the holy ground their ferocious fangs unfurled,’’ mourned Ogoola in ‘‘The Rape of the Temple’’.

There is an aura around poetry and poets. Poetry is a special and beautiful genre used sparingly to communicate the deep. Poets are intelligent, if not, enigmatic characters with a unique capacity to say little yet so much.

As I sat at the National Theatre recently to watch award winning poet Harriet Anena’s ‘‘Footprints of Memory,’’ a fundraiser performance to raise her tuition for graduate school at Columbia University in the United States, I kept sharing random thoughts about poetry and her performance on my Facebook wall: ‘‘Harriet Anena’s poetry was danced, sung and recited, making a genre that some think is ‘‘boring’ interesting and entertaining’’.

A fortnight later, Prof Timothy Wangusa, a Uganda literary giant wrote about Anena’s poetry in the July 8 edition of the Daily Monitor: ‘‘She signals that the future survival of all forms of literature lies in performance. And she proves that poetry is the mother tongue of all of us!’’.

There is no genre that is superior to the other. Rather, what Wangusa appears to be rooting for is a combination of genres—drama, prose and poetry, all cleverly rolled into one as Anena did, or as jailed academic and blogger, Stella Nyanzi does; her prose has the elegance of poetry and the action of drama. In other words, her prose is a performance.

The context of Anena’s poetry, as the poet herself has explained, and as ably pointed out by Wangusha in his Daily Monitor article, was war back home in northern Uganda. ‘‘War birthed my poetry,’’ she told me a week after the show. ‘‘My early writing is all steeped in various faces of atrocity in the north.’’

From the late 1980’s up until about 2006, northern Uganda was a theatre of atrocities. A whole population was herded into the euphemistically named ‘‘Internally Displaced Peoples Camp’’(IDP).  In reality, these cramped, filthy, and unsafe settlements were death traps that led to loss of lives and livelihoods. A whole new generation of directionless children were born and bred in these settlements. If you have been following the news from Gulu lately, you will have come across reports about rising crime especially in Gulu municipality. It is partly urbanization, true, but fingers are also wagging the children, now adults, born during a not so distant dark past.

Momentous events have had a long-established tradition of birthing and nurturing literature. From the ruins of war in northern Uganda, literary gems are emerging.  Prominent among them is the trio of Beatrice Lamwaka, Judith Adong, and Harriet Anena. Fittingly, the literary tellers of war stories from northern Uganda are women (women took a chunk of the brunt of the war).

In 2011, Beatrice Lamwaka was shortlisted for the prestigious Caine Prize for her story ‘‘Butterfly Dreams’’. Judith Adong is an award-winning Playwright and Director who shot to fame with her work ‘‘Silent Voices’’. And now Harriet Anena who was co- winner of the Wole Soyinka Prize for Literature in Africa for her book ‘‘A Nation in Labour’’.