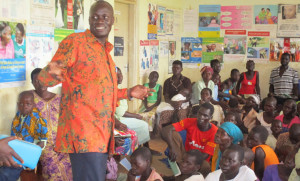 Ms Akany said she is gathering the invitation needed to trigger an invite for the State House anti-corruption unit headed by Lt Col Edith Nakalema to investigate the matter.

The RDC revealed this on Wednesday last week after learning that the office of the Omoro Chief Administrative Officer and that of the Local Council V Chairperson have on three occasions failed to provide accountability on how the funds was used.

The fund in question was released to Omoro district department of health by central government in June last year to support families affected by the Nodding disease syndrome whose cause remains unclear.

Some Omoro councilors are alleging that the money was swindled.

The district Secretary for Works and Technical Services, Francisco Watdok Awori says it is painful that despite the fund being released, it was not put to good use.

Awori is demanding that external auditors be invited to investigate how the fund was spent.

But Emmanuel Oyiko Ocen, the Omoro Deputy Chief Administrative Officer, says the matter is already being investigated by Inspectorate General of Government (IGG).