The Political Economy of Deaths And Funerals In Acholi today 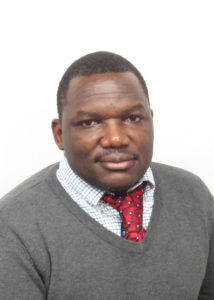 The most rampant deaths in Acholi are for older adults who pass for elders of the community. These people became elders in the community by virtue of surviving the two decades of war of annihilation in Northern Uganda. Many of these men and women are young, in their 50s and 60s, who inherited the burden of lifelong grief and stress during the conflict made worse by slow post-conflict renewals. Many of them became parents at tender age, providing for orphans of war, and offered little to themselves – health, education or ambitions.

Sadly, most of these deaths are preventable, and primarily accentuated by perpetual poverty and degraded environment, inaccessible healthcare system; and neglect by family members.

Post-conflict Acholi is a place mired in misery and destitution. Rural life is rough, and contrasts sharply with the urban glitters of possibilities. Across Uganda, poverty is more concentrated in Northern Uganda and worst in Acholi region. This poverty is confounded with fast degrading environment, shorter and very intense episodes of rainy season and sporadic loss of ground cover. The combination of poverty and environmental degradation are self-reinforcing with disease and misery as natural outcomes.

Further, the liberalization of Uganda’s economy has exacerbated the commodification of healthcare services making it very expensive and inaccessible. The challenge of a timely and regular interfacing with qualified medical practitioners, and the bureaucratic corruption in the system have generated apathy towards seeking healthcare. Many locals are reverting to cheaper local herbs and mysticism which have accentuate mortality among children, pregnant women and older persons.

Incidentally, the generation of post conflict Acholi youths are equally as helpless as their guardians in a zero-sum situation. Those out of the zone are little better with their ill-begotten wealth in Kampala, Jinja, Mbale, Mbarara or Gulu.

Those at home still endure undiagnosed forms of debilitating mental health challenges secondary to post-traumatic stress disorders. Studies show that stress and psychological trauma are transmissible across generations. These circumstances pan out in the Acholi region and has driven maladjustment behaviours to the roof. Acholi youths are less likely to be employed in formal sector other than low paying precarious jobs such as security. In Acholi, social infrastructure needs urgent overhaul. Incidentally, the minds in charge seems overwhelmed or compromised with politics and corruption.

The Acholi older persons suffer alone, afflicted with a deep sense of personal loss; they have become susceptible to preventable early demise. At times, these elders die in the hospital due to delays to get them there, or even the thoughts of the cost of treatment. Their death may even be a form of chocking from hopelessness. If they have no pensions, they must sell land, or food reserve to reach a hospital to afford a patch-up.

Incidentally, I found that deaths in Acholi is increasingly getting popularised. In some communities, death is strange and received with shock, awe and a sense of loss. In Acholi, death has its own political economy. Some people even look forward to the next death or facilitate death by poisoning one another when none is happening

These funerals are important social and political places for politicking and reaffirmation. It is at the funerals that one’s political worth is measured through financial, material or leadership contributions. People fight to get their names on the contribution list and for their names to be publicly announced!

These days, funerals have taken political rally status fraught with political speeches. And, you attend funerals if you belong to the political inclination of the deceased or one of their prominent relatives.  Sometimes, mourners from other political parties are blocked from attending funerals.

Far from politicians and policymakers working hard to improve living conditions to eliminate preventable deaths, they rely on deaths to make empty political statements. It is the absurdity of our generation!