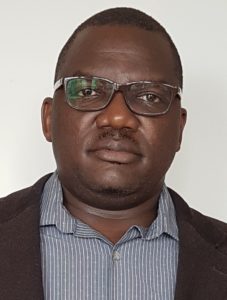 Children should be enjoying their childhood in protected homes and developing their faculties to become responsible citizens. That some are now partaking in prostitution at a tender age is perilous to society. Unfortunately, such a serious discussion often deteriorates into Judaeo-Christian moral essentialism. Of course, taken for granted, the Acholi society as a collective was traditional, cultural and moral.

This article is not to throw stones, rather, it is to address our seemingly excessive and compulsive ostracization of Gulu’s Prostitutes. I fully understand that when Gulu elites use their platforms to castigate and demean the women and men they refer to condescendingly as “prostitutes”, they are, at best, covering their trails to sound moral and yet they are the priced consumers. If anyone argues, we could put this matter to test!  Considering the numerous challenges that the post-conflict generation of Acholi have inherited, does the lack of innovation or appreciation, together with the total absence of conscience, foresight, and critical thinking compound their conditions? They did not get here by accident.  This is the peril of systemic designs by the powers that be.

Prostitution is an old pleasure trade from the advent of mankind or happiness. The modern Gulu town or municipality has never been short of prostitutes or sex-workers. Their mere presence and persistence reveal that there is a steady and profitable demand. The common idea of prostitution is that it is market participation. Otherwise, how do we, as people survive in a market economy?

Whether it is a liberal economy or socialist world order, demand and supply relationship exist – at least some level of exchange, quid pro quo, must take place for society to move smoothly.

Moreover, some people sell unique and awkward products in various trading places within a barter trade or monetary exchanges. So, frowning upon prostitution in an urban gaze is elite posturing.

One fact Gulu elites ought to contend with is that society, people, and culture evolves. – sometimes fast or slow. We can critically observe, analyze, appreciate, and contextualize opportunities within these changes that define us as a people – successful or failures. Our collective abilities to gain mastery and control over such changes determine whether we are conscious, innovative, or not; whether we appreciate the changing times or not. Laggards often sit by to watch the new dawn pass them by with each passing sun and the moon.

Take for instance a fundamental cultural change that happened amidst us. In the past, women wearing trousers was frowned upon, and now it is commonplace; kissing one’s lips in the whole of Acholi was a taboo, now it is a past time. Acholi was prolific in the art of physical and social distancing as a moral precaution. Another development is having casual sex before marriage. It would attract death in Acholi but is now like snacking on mberenge. With all these changes from a conservative moral standing to liberalism, why should individual choices and rights be a subject of public surprise?

In discussing prostitution, child prostitution is a problem because we assume that children are innocent and vulnerable. And they are! Children can be abused and taken advantage of, let it be for war, sex, labour, espionage, human trafficking, and so forth. Children are always the first victims of a breakdown in social systems and environments. The fact that children are involved in flesh trade in Gulu is a testament that the traditional Acholi social safety nets are broken beyond repair. You cannot blame the children – beat and jail them in vain. You and those who use the children enjoin in the same vice – cruelty to the innocent children. Concrete positive policy actions could include offering children social protection. You offer them sustainable opportunities to reconstruct their childhood given their resilience and avert further slipping through the crux.

The Gulu elites should know that our realities in northern Uganda are not extant to past, current, and future survival. These are not discrete or disjointed episodes of life. Many of those children and adult that pass for prostitutes and the ones we berate today deserves our collective empathy. They became prostitutes because we may have squandered opportunities for them, and we are not doing enough to create new opportunities for them to transcend.

The children who have become vulnerable were violated directly or indirectly through the two decades of war. That unconscionable war punched holes in our social safety nets rendering them irreparable. Moreover, children who became parents due to the death of their parents during the war, including the night commuter children, had no means to fend for themselves. Many never went to school or had the opportunity to obtain life skills. Some have returned to school in their adulthood and struggle with undiagnosed and untreated mental health challenges. You must be an orphaned child without parents or supportive relatives to appreciate basic concepts like homelessness and prostitution, something you take for granted.

Mr. Komakech is a Ugandan scholar based in Canada. Can contact via mordust_26@yahoo.ca