Selling of Acholi Land Will Lead To Permanent Displacement 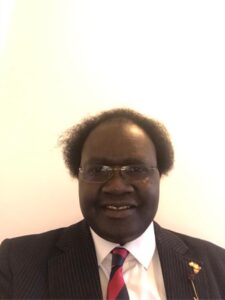 We live in very challenging times. The recent surge in the advertisement of “land for sale” and of interest in land acquisition in Acholiland must be very unsettling in the spirit world of our ancestors.  The rate at which land agents are putting up advertisements screaming for buyers and subsequently selling off land or negotiating deals with “willing buyers” must be a cause of worry for every right-thinking Acholi. It is an indication that we have given up on our history, the present, the future of our children and on Acholi as a people.

A recent instalment of a barrage of adverts calling on willing buyers to purchase land in Acholi screamed, “FRESH HOT LAND DEALS” with listings of thousands of acres of land in areas such as – Atiak, Palaro, Awach, Paicho, Koch, Wii Anaka, Lolim, Aruu and Lamwo.  In Lamwo for instance over 20,000 acres of land is being advertised for sale.

This is very unsettling because if our chiefdom, clan leaders and community leaders are also blinded by the “self-interest” syndrome that appears to be the pillar of society that has emerged under the NRM regime. I would like to remind them that we are heading towards a third and possibly permanent displacement, because we are going to find that we have been displaced by the same people we are selling land to.

Acholi land rights were organised and managed, not only for the benefit of the living but for future generations, land was never sold.  We inherited this same land that we are now rampantly selling from our forefathers who protected it and believed that the land belonged to Acholi as a people (clan), which included the dead who are buried on it, the living and the unborn.

How do we really educate the generation that has emerged from devastation of war and displacement from 1986-2006; that the land to which they have access to and user rights, remains one of their most important assets, and one which has been under a range of both internal and external threats?

I recently wrote so passionately and comprehensively on social media about this issue, typically with a painful and heavy heart; as I prophesised that if we don’t change this trend in the next 10 years and the “self -adulation” or “self-interest” entrenched in our mindsets by the NRM government, then ours and future generations are heading for a doom.

Imagine in this instance, the local agent advertising these lands for sale, bragging about ‘more to come’, when he completely does not understand the true value, status and meaning of land and its associated people as hereditary holders. This seller and many others, now shamelessly, call this, a business enterprise! Really?

Moreover, with this kind of mindless recklessness and quick money-driven false identity lifestyle that has weaved its way into Acholi Society, we are destined for a compounded bleakness and a miserable secluded new way of living as landless people.

I know so many of you did not have the ‘time’ to read my recent posting because of its comprehensiveness. Well, now read a shorter version here…“something that doesn’t waste our time”.

I am reminded of one wise man who once stated that if you want to hide something from black people, put it in a book! They will never find it as they don’t bother to read.  We seem to fit in well as we detest reading broad materials and become, as usual, judgmental about it!

My dear people, let us wake up and wake up Now! Let us begin to read more and write widely about our numerously emerging conditions, such as land and not be in a hurry by preferring to read what makes us laugh only. Any written material about us becomes a library and archive reference material for our next generation whose very status will be defined accurately only by our own contributions today.

As things are for now, unless we act now, there is a drastic wind of change on its way, we must prepare for a painful “I wish I knew” melodrama of deep anguish and hopelessness that awaits us; no longer as a people but scattered individuals all over the country, perhaps, in search of pitiful survival, because we have now sold all our natural status and identity of land treasure to the so called buyers of today!

Ker Kal Kwaro Acholi (KKKA) must sensitise the Acholi populace to stop selling of land to foreign investors or those that are well off financially from the region, instead communities must be advised to lease land.

Ker Kwaro Acholi is headed by council of chiefs comprising of 54 chiefs. These chiefs hail from the 54 chiefdoms. The 54 chiefs are headed by the Paramount Chief and deputised by two other chiefs. The leadership is cantered towards a central decision-making process.

The clans in Acholi are each comprised of units of elected leaders who steer the management of the clan along Acholi value and principles. The clans supervise the extended household, family and the individuals.  What are these leaders doing when they see this rampant sale of land in Acholi.

Even though Acholi were confined to camps for over two decades and stripped off any dignity.  Left with land as their only asset, the Acholi of today must never be left to feel that it is their right to sell off land to any willing buyer and investors for a quick buck – in effect, also selling the livelihood of future generations of Acholi.  The Acholi of years gone by, were also stripped off their dignity, yet they made sure that we have a life today and we also have land from which we can nurture this life and that of the very people who are selling it today.

KKKA must understand that Acoli without land renders its very merit of existence invalid and null, period! Thus, this current land mess and sales disaster is at the very core of KKKA’s survival and purpose of its fitness and relevance as a noble institution of the entire Acholi souls.

I hope this seller’s posting will find some meaningful space in our minds and hearts, especially KKKA and clan leaders; and trigger a true clanship instinct to come out as bona-fide protectors and preservers of our ancestral land.

My people, we are NOT yet a “Lost Tribe”. We need to act now shrewdly and steadily by redefining the actual identity and status of our people targeting the current war victim generation so that they can rediscover their actual selves, values and self-worth in association with the land we own as a people.

Land is NOT for sale but for collective constructive intent and smart usage through either leasing or hiring for now until we have reclaimed our political worth and socio-economic empowerment with real voice and authority to influence things and manage needed change and development.