I Was Beaten, Sodomised And Then Shot At By NRA – Namukora Male Rape Survivor Speaks Out 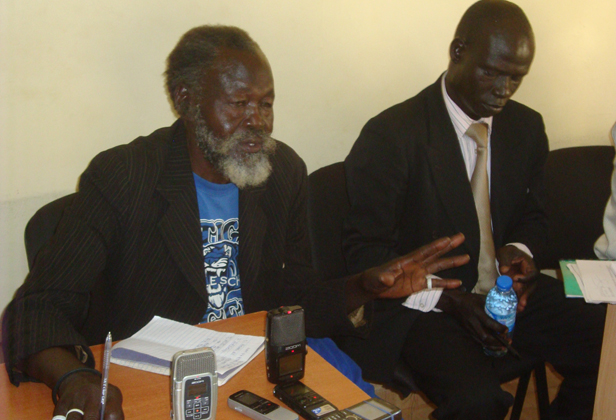 Men and boys who were allegedly raped by the advancing forces of the then National Resistance Movement (NRA) now UPDF still find it very difficult to come to terms with their dehumanising experience and pain that they have had to live with ever since, that many still find it hard to talk about.

Majority now in their 70s still pass pus through their bottoms, 28 years after forceful being reduced to sexual objects in front of their families and loved ones.

Male rape in Northern Uganda is rarely written about with researchers preferring to publish findings quietly, hence the reason they are referred to as invisible survivors.

Due to the complexity that exists in the Acholi society, men are viewed as strong subjects in their communities, so by raping them in front of their wives, children, and loved ones, the NRA was therefore stripping them of their masculinity and social status.

Twenty eight years ago, 72-year-old Mzee Ventorino Okidi Lomoromoi was one of those humiliated by being sodomised and tortured by then National Resistance Army (NRA) soldiers, now UPDF.

He is one of the few survivors of the Namokora massacre that claimed 71 lives accused by the NRA’s 35th Battalion soldiers of being rebel collaborators at the time.

Although today, Okidi looks strong outwardly, he says that the pain in he has endured over the years makes him a weakling inside.

It was on August 19th 1986, when Lumiromoi who was a primary school teacher at Lajok Ogayo Primary School in Kitgum District, met his fate.

Speaking with a broken tone and sunken eye sockets filled with tears, Lumiromoi narrated his ordeal to journalists last Friday from the Northern Uganda Media Club (NUMEC) offices in Gulu.

“We were on our way back home in the afternoon with my fellow teachers after dispersing pupils following insecurity in the area, when a group of soldiers intercepted and ordered us to stop while referring to us as rebels who were most wanted,” he narrates.

He added that they were tied up with ropes and severely beaten before being taken to a church in the evening where hundreds of other civilians were being held.

“The soldiers never allowed us to look up or at them. We crawled under benches to find space in the packed church. The stench of blood from fresh wounds filled the church while other people who sustained grave injuries passed on as we watched,” he says.

He says that the soldiers kept shouting and referring to him as Ojuku.

Ojuku was one of the most feared UNLA commanders in the early 1980s and he hails from a nearby village of Agago.

The former teacher says that it was here that he was picked and marched to the veranda of the church and repeatedly raped by soldiers, as he held his head down in shame.

Lumiromoi says that the following day, more than 98 of them who were detained at the church were all herded onto an army truck with promises that they were being taken to face the court martial to decide their fate.

“As people boarded the truck, the soldiers beat us while some were cutting us with pangas so that people would board the truck very fast. My testicles were pierced in the process and I sustained injuries,” he said.

Lumiromoi says they were driven a few kilometers out of town but the trucks soon came to a halt and then NRA soldiers who had already positioned themselves in wait, opened bullets killing innocent civilians indiscriminately.

“Soldiers started shooting at people indiscriminately. How I survived in that ambush remains a miracle to-date. Dead bodies littered the area as the soldiers intensified search on people that had managed to escape,” he says, adding that he also hid in the near bush.

After the gruesome attack that left him with grave injuries and pain, Lumiromoi says that he could not go to hospital for medical attention for fear of being found by the soldiers.

“I was treated with warm water and herbs, which my wife would collect from the nearby bushes. Due to insufficient treatment that time, I still have pain in my abdomen and I cannot sit or move with ease,” he says.

He added that his teaching job also ended because he never went back to teach following the immense pain he had.

He also says he has not been able to educate his children, since his job as a teacher was the only source of livelihood he had.

Lumiromoi says he has for long waited for reparation from the government, but over the years, nothing has come his way.

Charles Onea, the LC III Chairman for Namokora Sub-county who also doubles as the chairperson Namokora United Relatives of the Massacred and Survivors Association says that they want to meet President Museveni so that he himself responds to their plight.

“A lot of people suffered in the hands of his army and unfortunately 28 years on, nothing has been done to address their plight,” he said.

He added that the government should come up with a clear plan to address the needs of these victims especially in areas of health.

“Innocent civilians were butchered and up to now the government is silent about it.

Justice is not coming our way. We feel abandoned by the government. It failed to protect us and has failed to come to our rescue even when we have ailing health,” he says.

Ms Evelyn Akullo, the team leader documentation at Justice and Reconciliation Project said: “Women were raped in the presence of their children, men sodomised and up to now they have never regained their manhood.”

She says the government should speed up investigation of the incidents in which government soldiers involved themselves in abusing the rights of the civilians they were meant to protect.

She added that at the moment, the Justice and Reconciliation Project has documented the Mucwini massacre in Kitgum, Atiak Massacre in Amuru District, Bucooro in Gulu, Lukodi, Bungatira Sub County in Gulu.

Figures on how many men, young boys and girls were sexually abused by Government forces during the conflict in Acholi, Lango and West Nile sub regions are scanty.

Justice and Reconciliation Project, is a non-governmental organisation, which was established in Gulu District in 2005.

It aims at understanding and explaining the interests, needs, concerns and views of communities affected by the conflict and promote sustainable peace through active involvement of war affected communities in research and advocacy.