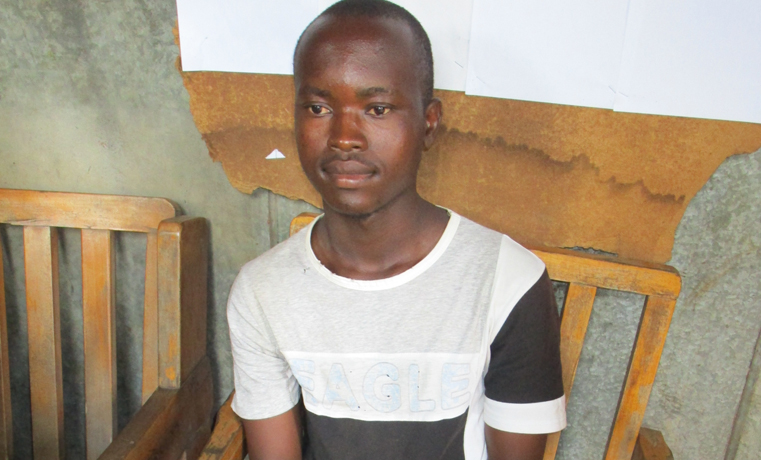 He is accused of allegedly hacking in to people’s facebook accounts and E-mails where he impersonates the owners and solicits for money from their friends saying he is in a desperate situation.

Komakceh was arrested from Bosco Uganda ICT library in Bardege division, Gulu municipality where he was found with over 10 e-mail addresses and facebook accounts he had hacked in to.

Trouble for Komakech started a week ago when he hacked into the facebook account of Ms Ochan Dorah, a lecturer at Gulu Nsamizi Institute of social development branch and disguising as Dorah started coning money from her friends within and outside Uganda.

Mr Joe Tabu, an administrator at Bosco Uganda ICT library told our reporter that Komakech was a volunteer with them adding that he used to help train other people in some ICT computer package but that they were tracking his hacking activities which they don’t support.

He said they were willing to cooperate with the Police since Komakech was using their server.

Police said Komakech will be charged for cyber crime and Impersonation under SD Ref 67/06/06/2015.