Esther Arach: A Community Activist On A Mission To Rid Her Parish Of Gender Based Violence 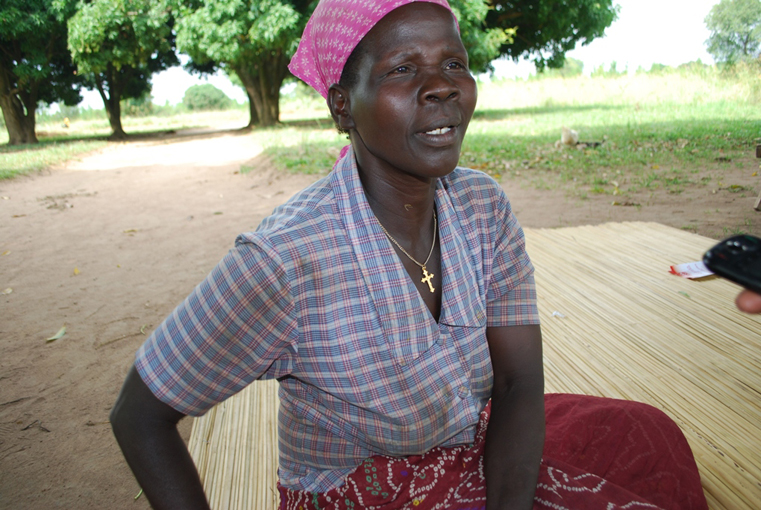 “Most of them come here in the night after being beaten and chased from their homes by their husbands in the wee hours,” says Ms Esther Arach, a community activist and outreach worker from Labworomor parish in Palaro Sub County, Gulu district.

Arach, a mother of nine children says that she picked interest in trying to address issues of gender based violence because it was spiralling out of control, and she opted to train with the American Refugee Council in 2009.

“I have no regrets for helping my people whose marriages were on the verge of breaking up and the fear that they would abandon their innocent children,” she added.

Battered women seek refuge in her home and the following day, she makes sure that she holds a meeting, in an attempt to resolve the dispute, with their husbands who on many occasions, beat their wives due to the influence of alcohol.

Arach started outreach work in 2009, and so far she has handled 35 cases, and because of her, many of these relationships have now blossomed.

Arach, 46, who was unable to continue in her education after Primary five, says that she saw the need to help many of the women who felt helpless, especially at the time of return and resettlement, where women were the breadwinners in the homes, but faced a lot of violence from men.

She however says that cases of physical violence, rape and defilement are always referred to the police and health centres for medical attention and legal redress.

Arach says that she always advocates for dialogue, so that the women do not leave their children behind to suffer in the hands of new partners or bitter divorce.

“When children are left in the hands of men, at times it becomes so hard to nurture responsible children,” she said.

“I do not wait for problems to happen, then I respond; I always keep on reminding the community on the dangers of violence in the community,” she says.

She adds that, unlike others, her husband is very supportive and always encourages her to help women whose marriages are not stable.

Arach is not paid, she does her work voluntarily, and says that her reward comes from knowing that a relationship has been saved and the safety of a woman has been guaranteed. She also says that the community who appreciate her work always give her gifts, such as especially chicken and other food items. 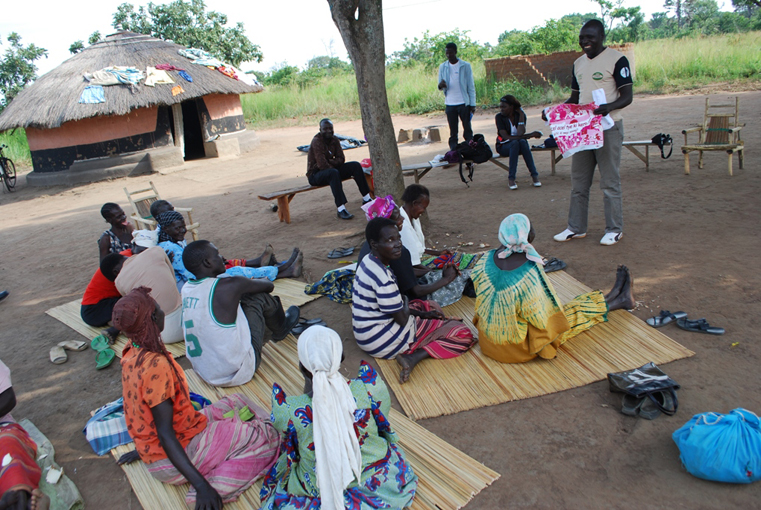 Ms Grace Adong, 31, says many homes have made positive changes unlike previously when communities had just returned home from the camps.

Our fellow women used to go through a lot, but through the interventions of the community activists there is improvement and the level of alcoholism has reduced, since most of the  time husbands and wives are now either in gardens  planning on what should be planted, where or planning on how best they can raise their children,” she said.

“Arach is one of the most respected women in the area, so much so that when some men hear that their wives have reported them to her, they are the first to approach her and give their side of the story,” Adong added.

According to Mr Geoffrey Oyat, a gender activist in charge of Palaro and Awach Sub Counties, there are women who are battered by their husbands, but they shy away from reporting such cases to police for fear of being pointed at by the relatives of the husbands.

“They die in silence, but with the presence of the community activists they always open up and dialogues are carried out,” Oyat said.

Oyat noted that when it comes to economic empowerment, women are also the most affected. “They go through a lot, and then when it comes to the food harvests they are left with nothing,” he said.

The Coordinator for American Refugee Council Ms Sharon  Fildah Odong , realed to Acholi Times that, at the moment they have 144 community activists in  Gulu, Amuru and Nwoya districts, who help with sensitizing the community of  the dangers of gender based domestic violence in the homes and communities.

“We give them the skills, so that they can disseminate information in the community to scale down cases that are being reported to the police and courts,” he added.

The Cultural Chief of Palaro Sub County, Mr Simon Okot says mediation has worked in many communities, however some men also face violence from their wives, but they shy away from telling their stories.

“Because of the cultural strings attached to men and the societal norms, many men suffer domestic violence, but they fear to talk about,” he said.

“There should be dialogues targeting men only, so that they get skill in opening up without being mocked,” he adds.

“Out of the 36 persons found taking alcohol during the working hours, six were women and they were subjected to communal work for six days,” he said.

“The bylaw was put in place mid last year and stipulates that alcohol taking begins at 5:00pm to 10:00pm, in an effort to cut down on drunkenness, public disorder, domestic violence and unproductivity among youth,” Mr Ngole adds.

A survey conducted in 2011, by the sub county authorities indicated that alcoholism was number one on the list of the causes of gender based domestic violence.

Crime statistics from Gulu regional offices, from January to April this year, are recorded as follows: defilement cases -351, Assault – 1,001, other crimes are recorded as threatening violence, arson, malicious damage and criminal trespass totalling to 1,305.

Regional Spokesman Mr Patrick Okema says that alcoholism has been ranked the number one cause of violence, drug abuse and land conflicts.

“As police, we are on the ground on community policing, arguing the community to seek help from elders and LCs in the areas to resolve issues on the ground,” he said.

With defilement, he noted that, perpetuators have been brought to book.