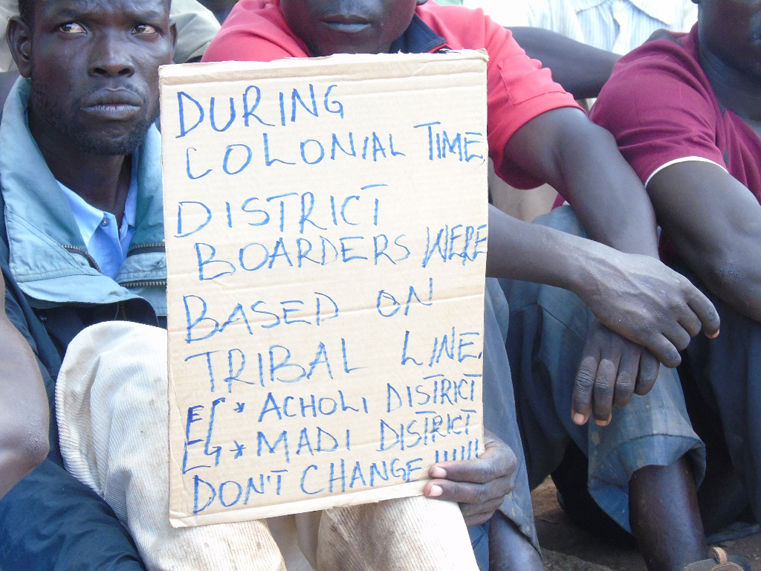 He noted the two communities have had a peaceful coexistence for a very long period of time since 1924 without any conflict.

He said there is need for a dialogue meeting with leaders from the Madi community so that the two continue their peaceful coexistence.

“There are two types of war that are very difficult to stop, tribal wars and religious wars are not easy to quell, and I hope President Yoweri Museveni understands the consequence of this mark stone that has caused panic and blood shade in Apaa,” Chief Adek said.

Kilak County Member of Parliament, Mr Gilbert Olanya who was last Friday released on court bail told the locals of Apaa to leave the mark- stones planted by Government saying they will seek legal measures to have the mark stones removed.

“We shall see how to address the problem but for now stay calm on your land and do not waste time trying to remove the mark stones or the sign post of Adjumani planted along the mark stone,” Olanya said.

Mr Ronald Mugume, the deputy opposition chief whip in Parliament told the locals that they will present the matter on the floor of parliament and asked them not to politicize the matter.

Dr Olara Otunu of the Uganda People’s Congress (UPC) said that President Museveni is setting a trap of divide and rule which the Acholi and Madi people should not fall into.

“Museveni has unleashed terror in Apaa by deploying 1500 troops on unarmed civilians. There is no land dispute. This is just a manufactured problem of divide and rule which Acholi and Madi people should be quick to realize,” Otunu said.