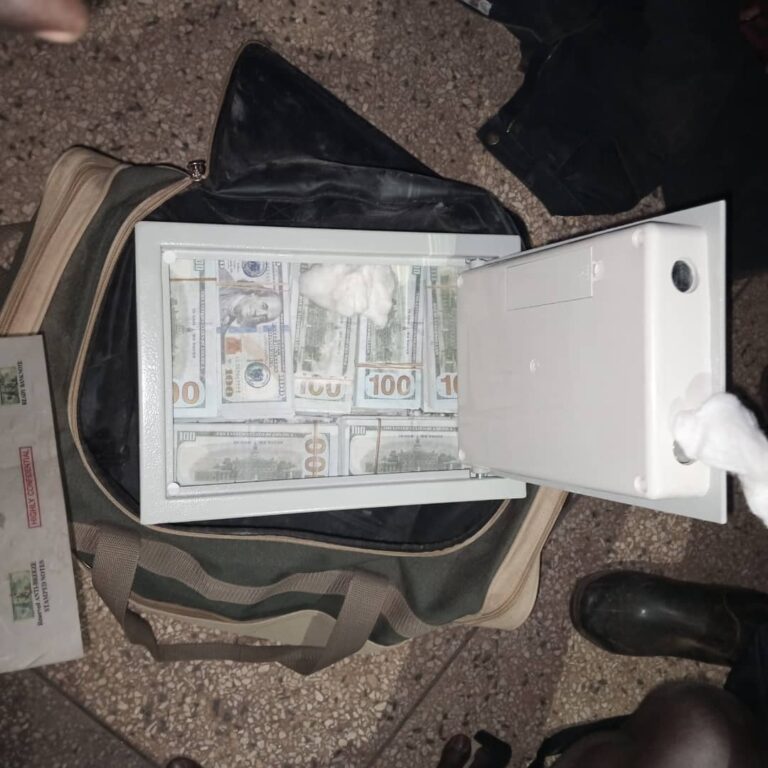 Police in Agago District have recovered fake US dollar bills worth US$ 820,000 (approximately UGX 3 billion) from two suspected counterfeit dealers.

The counterfeit dollars in 100 bills were recovered from two men identified as Innocent Oloya aged 23 and Calvin Ayella aged 35, both residents of Patongo Town Council in Agago District.

The suspects were picked from a lodge as they try to exchange with genuine Ugandan currencies.

According to police, the two men were caught as they tried to convince a school teacher to help them exchange the US Dollars for Uganda shillings.

By press time, they were being held at Patongo Central Police Station.

David Ongom Mudong, the Aswa River Region Police Spokesperson said the pair had fake dollars that were found stored in a safety box.

He said once the investigation into the matter is complete, the two suspects will be charged with being in possession of counterfeit banknotes.

Counterfeits are imitations of the legal tender.

They are worthless papers intended to be passed off as genuine notes.

It is a criminal offence in Uganda to forge national currency.

Anyone detected doing so is liable to be prosecuted.