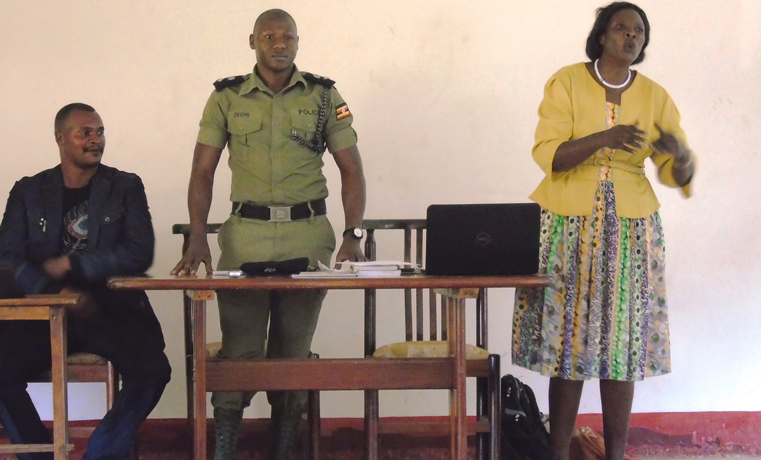 A new crime report by Police indicates that infertile women who are seeking services of traditional healers are being sexually abused in the name of healing.

However, majority who have fallen victims of such scams are silent about it for fear of being stigmatized.

According to the report, some of the native doctors are taking advantage of the problem of their clients and later engaged them in sexual intercourse in the process.

Mr Martin Okoyo, the Gulu District Police Commander (DPC) explained on Thursday that the healers always lie to the patient that the medicine is in his male sexual organ.

Okoyo says in order to administer the drug; the medicine man will dupe the client into sex convincing them that they will get healed.

Okoyo adds that, “Such women are forced to undress before they are engaged in unwanted sex with explanations that the problem is being solved through sexual intercourse.”

The DPC cited a case where a woman he declined to name reported the matter to police in March this year after the medicine man deliberately refused to return her underwear after raping her.

Okoyo says, “The man has made it a habit to have sex with his female clients.”

The woman later notified the police for fear that the undergarment may be used to harm her leading to his arrest.

The DPC warned that Traditional Healers who will not abide by the law will be arrested and prosecuted in the courts of law.

Police also accused some of the herbalists of engaging in criminal activities such as child sacrifice, aiding abortion and theft.

Mr Michael Okuna, 40, a traditional healer at Holy Rosary parish, Laroo division in Gulu Municipality says such individuals should be prosecuted for going against the law of the country.

The District Chairperson for the National Traditional Healers, Herbalists and Birth Attendants Association for Gulu, Ms Juliet Adoch warned that any member who will violate the law will have his practicing certificates withdrawn.

Adoch also suspects those who are committing such offences are non-registered members who are looking for survival.

There are 180 registered traditional healers and herbalists operating in Acholi sub region alone.