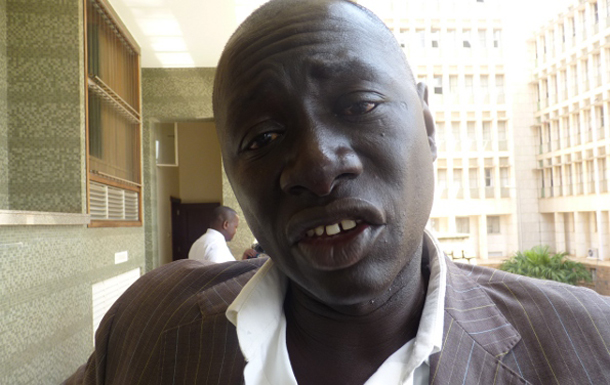 Reagan Okumu, the Member of Parliament for Aswa County

Men and boys who experienced sexual violence during the brutal conflict that ravaged much of northern Uganda, perpetuated by alleged government say that they are continuing to suffer in silence.

Male rape during the war in Northern Uganda has rarely been documented, so data is very hard to find and the victims are not willing to readily come forward for fear of stigmatisation, resulting to some researchers referring to them as invisible survivors.

One study shows that 8% of all questioned civilian men in Amuru and Gulu district had been sexually abused or raped.

Rape is a tool that has been used in many conflicts around the world and despite the UN Resolutions, 1325, 1820, 1880, 1960 and most recently 21063 it continues to happen unabated against women and children.  Sodomy (rape against men) is a fairly modern phenomenon amd in northern Uganda, it had never been heard of until the then government troops of the National Resistance Army (NRA) set foot.

The survivors are reluctant to report or talk about their horrid experiences because of the stigma associated with it which makes it very difficult to accurately assess its scope.

Due to the complexity that exists in the Acholi society, men are viewed as strong subjects in the society, raping a man completely strips him of his masculinity and social status, it also renders him “hopeless” in the eyes of his family and those around him.

Sexual violence is seldom about the sexual act itself but about power and humiliation regardless of whether it is performed against a woman or a man.

Stephen Oola, the Programme Manager: Conflicts, Transitional Justice and Governance, Refugee Law Project, School of Law, Makerere University says that after years of suffering following the horrendous sexual crimes committed against men, several survivors are still struggling to cope with both the physical and mental aspects.

Oola adds that due to lack of adequate and appropriate requisite psychosocial and, medical intervention to help them cope, some have chosen to commit suicide to ease their pains.

He says that the majority have not been attended to by the government, worsening their already overweighing burden.

He urged the media to highlight the plight of survivors so that the matter is brought into the limelight in an effort to trigger action.

Many of the survivors have chosen to sit on their traumatic experiences for fear of discrimination and stigma.

One of the survivors Okwera (not his real name) now 65 says he regrets admitting to his wife that he was raped by soldiers, even though she knew what had happened when the soldiers rounded them up one morning.

“It is not easy to admit to your wife that you were raped by a fellow man, I have never been the same and I don’t think I will ever be,” he says.

Currently with support from Refugee Law Project and other NGOs that work towards addressing the ruins left by the war, such as human right abuses, some men have started to receive counselling and related services to help them cope with their trauma and open up about their experience, but the majority have largely remained quite.

Reagan Okumu, the Member of Parliament for Aswa County in Gulu district, says that the atrocities committed during President Museveni’s and his then NRA (UPDF) liberation war particularly in the Acholi sub region in places such as Burcoro and Corner Kilak, will form part of his legacy.

The Resident District Commissioner (RDC) for Gulu Ms Catherine Lamwaka, admitted that she had received some of the victims especially men who had come out openly to say that they were sexually abused by government forces in the 1980s.

She added, “majority are seeking for medical attention after their traumatizing experience.  I call for patience among the survivors because government is doing all it can to compensate the victims.

Nobody knows how many men, young boys and girls were sexually abused by both the Government and Lord’s Resistance Army (LRA) forces during the conflict in Acholi, Lango, Teso and West Nile sub regions.

In his speech, President Museveni however said that apart from the Mukura Railway Wagon incident and the Bur Coro, there are some incidences which were not reported are only coming to light now.