Government programs marred with sectarianism and bribery in Lamwo 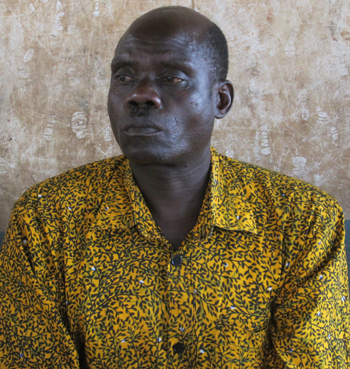 Lamwo district leaders have condemned tendencies of sectarianism and fraudulency while selecting beneficiaries of government programs.

The condemnation follows brave confessions exhibited by a section of local residents who spoke last weekend before district leaders and technocrats during a community accountability meeting popularly referred to as Baraza held at Palabek Kal sub County headquarters organized by ACORD an NGO operating in Acholi sub region.

She says the practices of extortion of money from beneficiaries, and wide considerations based on being relatives, friends and in-laws to the official identifying the beneficiaries has been visible in the programs beneficiary identifications.

“Some sub county officials will ask for money for you to benefit, while influential politicians will influence your chance of benefitting basing on if you’re his supporter or not,” Odur said.

The locals have asked leaders to investigate the allegations which she says if left unabated will affect government’s course that is geared towards poverty eradication since those who can afford to bribe their way will be the only ones benefitting from government programs.

Lamwo district Chairperson, Mr Mathew Ocen Akiya condemned the act and pledged to constitute a probe team to investigate the vice which he attributed to some sub county officials and politicians who have unethically utilized their interests in sabotaging enormous government programs.

Without divulging the identities of the implicated official because it would jeopardize investigations, Akiya revealed that district officials were investigating a sub county official in Palabek Ogili Sub County for allegedly extorting 100,000 shillings from each beneficiary who wanted to get an animal under the PRPDP restocking program.

“Can you imagine that all the 48 animals distributed in Ogilli Sub County could have fetched over Shs4.8 million for this official. This act should be investigated and those found guilty should be pinned by the courts of laws because Lamwo district doesn’t condone corruption tendencies,” Akiya said.

Akiya urged local residents who have evidence of this scam to report such incidences and testify against such officials so that they are interdicted and all animals distributed under such circumstances withdrawn and re distributed to the rightful beneficiaries.

The district chairperson also strongly warned district and sub county officials and politicians to desist from encouraging the practice.