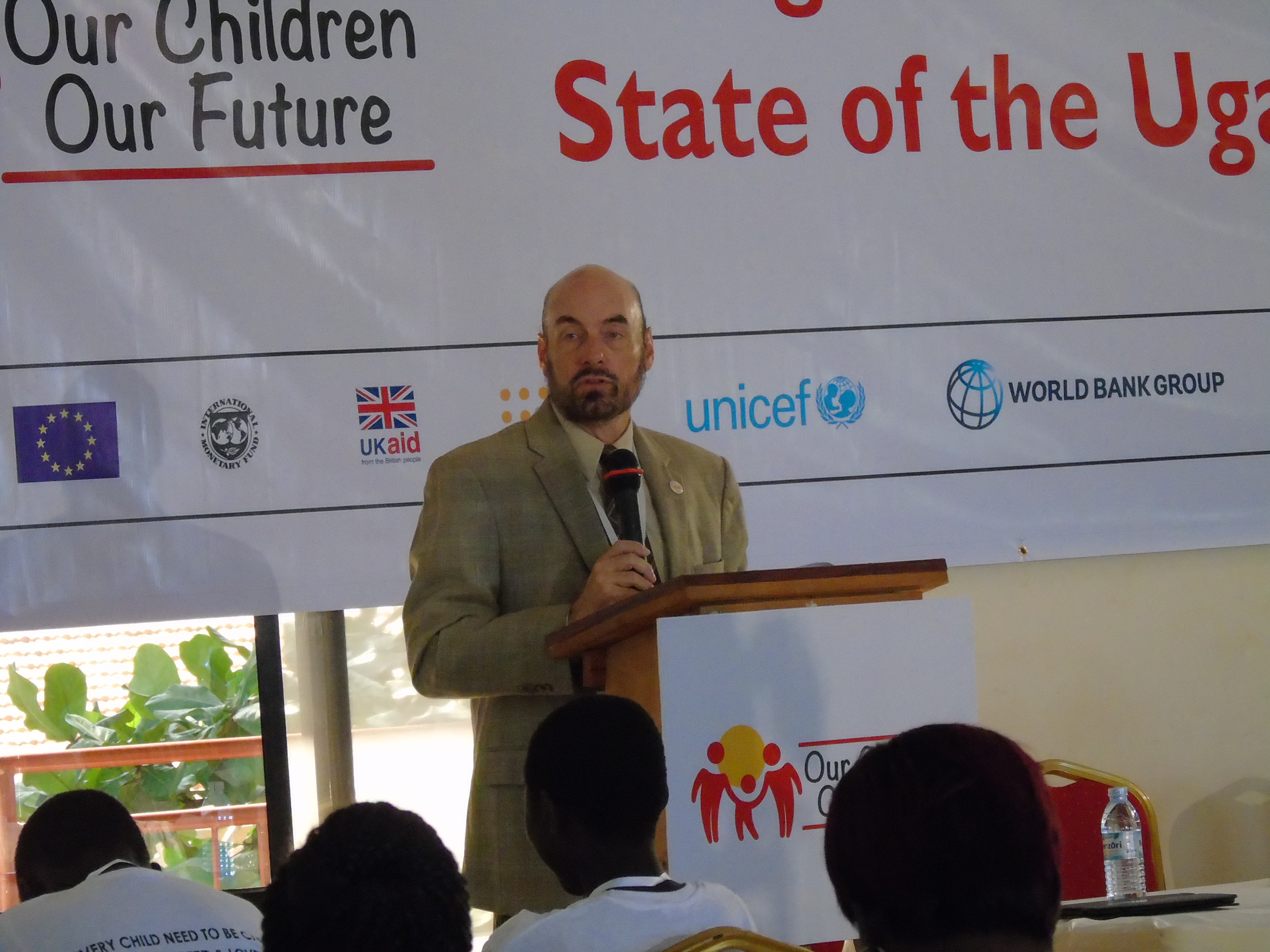 Mark Meassick, the Uganda Director of the United States Agency for International Development (USAID) speaking on Wednesday in Gulu during the first regional forum on the state of the Ugandan Child. Meassick said northern Uganda is the worst place to be a child in the world(Photo by James Owich)

Northern Uganda is the worst place to be a child in the world, Mark Meassick, the Uganda Director of the United States Agency for International Development (USAID) has said.

Mr Meassick was on Wednesday speaking at Acholi Inn in Gulu during the first regional forum on the State of the Ugandan Child.

Meassick noted that to be a child in northern Uganda and grow up healthy is most challenging thing young people  in the region face.

The USAID Uganda director pointed out  that early pregnancy, sexual abuse, child-labour and HIV/Aids as some of the challenges young girls in northern Uganda face.

He said 1 in 4 girls get pregnant before their 18th birthday which he said is the highest in Africa adding that three quarter faces sexual violence in school with teachers being the main perpetrators.

Of 100 children who join primary education in northern Uganda, the USAID director said, only five are likely to complete the school process. He accordingly called on religious leaders, families and other institutions to address the problem in order to enable children to grow in an environment free from deprivation, exploitation, and danger so that they can realise their potential.

Other factors which makes northern Uganda a risky place for children is the high mortality rate which stands at 105 for every 1,000 live birth. HIV/Aids infection rate stands at 6.7 percent among youth between the age of 14-24, and poverty rate at 62 percent among children.

Franca Akello, 17-year-old P7 drop out who was married off at the age of 16 says it is the unfriendly environment which forced her into early marriage. Akello who has a five-month old baby boy explained that boys are most preferred when it comes to education.

Martin David Aliker, a child rights activist said that in some culture, child marriage has become acceptable despite the dangers of early marriage.