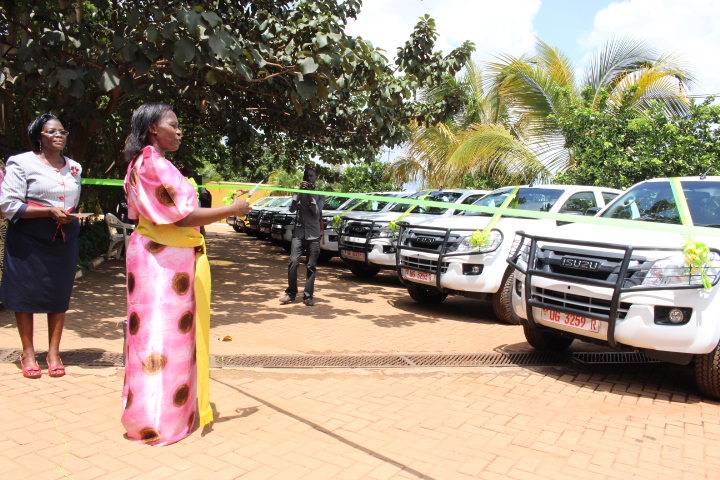 The Ministry of Local Government over the weekend signed a memorandum of understanding with local governments in the Acholi region and Adjumani district for the implementation of a 233 billion shilling (US $ 70.9 million) livelihood project in northern Uganda.

The project, Restoration of Livelihoods in Northern Region [PRELNOR] is financed by the Government through a loan from the International Fund for Agricultural Development and grant from Adaptation for Small Holder Agriculture Programme.

State Minister for Local Government, Ms Jennifer Namuyangu who presided over the signing of the MOU at Bomah Hotel in Gulu Town said the project will enhance food production and socio economic development in the post recovery in the North.

“The design of PRELNOR has been strategically and timed to enable the people of the region recover from and improve on food security, income and reduce vulnerability,” said Ms Namuyangu.

Ms Namuyangu said the project was initiated to promote local governments as agencies of local economic development other than only focusing on administration.

“With numerous challenges such as the dwindling resources, this project will bridge funding gaps and enhance the capacity of local government in service delivery,” she said.

Ms Namuyangu said the project is expected to improve the food security of 64,000 households as the country aims to attain middle income status by 2020.

She asked district Chairpersons, Chief Administrative officers, Resident District Commissioners and other key stakeholders to monitor the project so as it achieves its intended objectives.

“We shall not hesitate to remove and arrest any responsible officials who will tamper with this project,” warned the minister.

The minister later handed 11 new double cabin pickup vehicles to the district heads to aid monitoring and coordination of activities under the project.

PRELNOR project Coordinator, Ivan Ebong while addressing stakeholders at Bomah hotel said the project will benefit 25 sub-counties, 100 parishes and 600 villages in the selected districts with an estimated 140,000 rural households likely to benefit.

He said an estimated 15,500 kms of community access roads will be constructed to improve movement of  agricultural produce to markets.