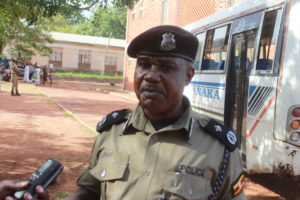 Fifty people have been arrested during a crackdown on illegal charcoal and log dealers in Gulu and Nwoya districts.

Over 600 bags of charcoal and logs loaded on four trucks were impounded in the last three days.

The suspects were arrested by the Environmental Protection Police Unit and National Environment Management Authority-NEMA during an operation conducted in Palaro Sub County in Gulu and Arana village in Lungulu Sub County in Nwoya.

The operation that was launched in Nwoya district on the 2nd of May was led by Assistant Commissioner of Police, Peter Simon Okoshi who is also the Deputy Commandant Environmental Protection Police Unit.

Okoshi said 12 suspects were picked up from Gulu while 38 were arrested from Nwoya indiscriminately felling down trees.

The suspects were reportedly found with tools such as power saws, pangas and axes.

Okoshi revealed that the suspects will be arraigned before court and charged with illegally felling trees contrary to section 32 of the National Forestry Authority and Tree Planting Act.

Gulu District Forest Officer, James Ocakacon said as a deterrent the district has been charging between 10,000 to 20,000 shilling for cutting trees.