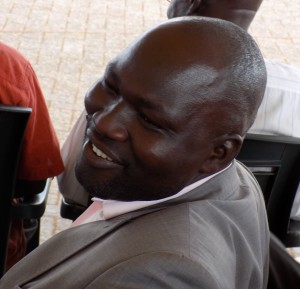 Herdsmen have started grazing on the proposed land for the Amuru Sugar Works Project in Lakang Sub County, Amuru district.

Government has secured ten thousand hectares of land in Bana, Pailyech, Orego, Kololo, Ceri, Bombayi and Lakang parishes for plantation of sugarcane that will be undertaken by Madhavani Groups of Company.

But Michael Lakony, the Amuru district chairperson said that unknown herdsmen have taken over the site and have been grazing over 2,000 heads of cattle in the areas of Bombayi and Orego since November last year.

Mr Lakony disclosed that the district authorities are unaware of how herds of cattle ended up in the area. Unconfirmed reports state the animals came from neighbouring Pakwach district.

Lakony said in December last year, two of the herdsmen looking after the cattle were found dead in the bush.

Linda Agnes Auma, the Amuru Resident District Commissioner(RDC) said her office is aware of the matter and is making arrangements with the forth division army barracks for immediate eviction of the herders.

The authorities say the herdsmen are not just a threat to insecurity but also impose risks of animal diseases in the area because the herdsmen by-passed the veterinary office.