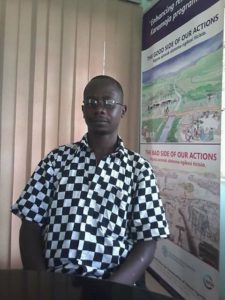 The date of enthroning the new Palwo cultural head has not yet been set, according to Ongom.

Peko, 41, holds a diploma in Environmental Science from Makerere Environmental Institute and a bachelor’s degree in Information Technology from Cavendish University.

He is married with one wife and seven (7) children.

Peko is the Deputy Director of Agoro International Vocational Institute in Lamwo District.