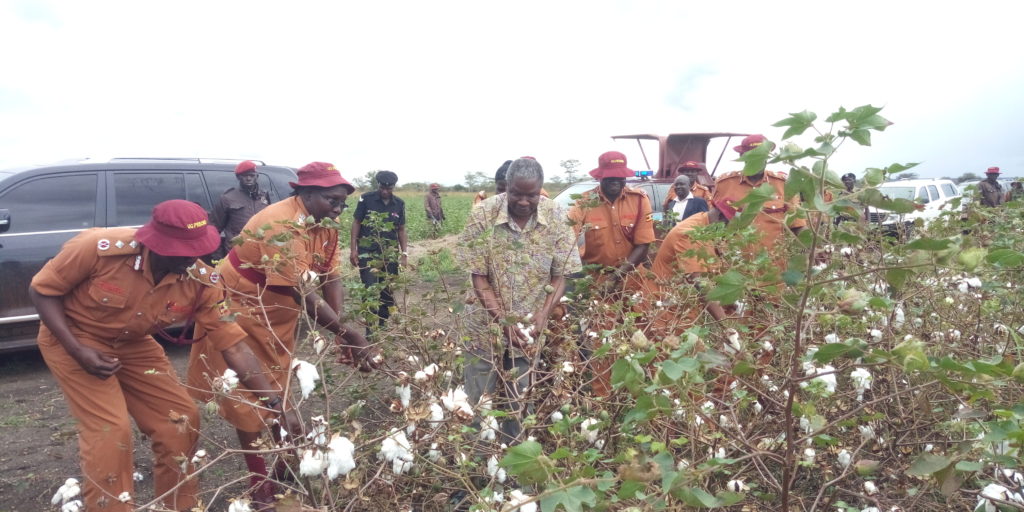 Government has launched the Uganda Prisons Cotton Farm in Orom-Tikao Government Prisons in Kitgum district. The farm sits on a 7,200 acres piece of land located in Tikao Village Gule Parish in Orom Sub County and was offered by the community free of charge.

It was launched on Friday by Kania Mario Obiga the Minister for Internal Affairs.

Obiga said that launching the Uganda Prisons Farm follows President Yoweri Museveni`s directive in 2015 that the prisons services should be the main producer of cotton for Uganda.

The Minister explained that Uganda is moving towards reviving cotton production because it is a strategic crop for the economy of the country as it creates opportunities for farming, ginning, spinning, weaving threads and garment making and employment.

Johnson Byabashaija, the Commissioner General of Prisons said that President Museveni gave Uganda Prisons services a target of 44,000 acres of cotton to revive the textile industry.

The cotton farming by the prison services is being done in partnership with Cotton Development Organization which offers for technical supports, Byabashaija said.

Cotton was introduced in Uganda in 1953 as a mandatory cash crop; every household was required to produce at least half an acre.  In 2018 Uganda produced 70,000 bales of the crop.