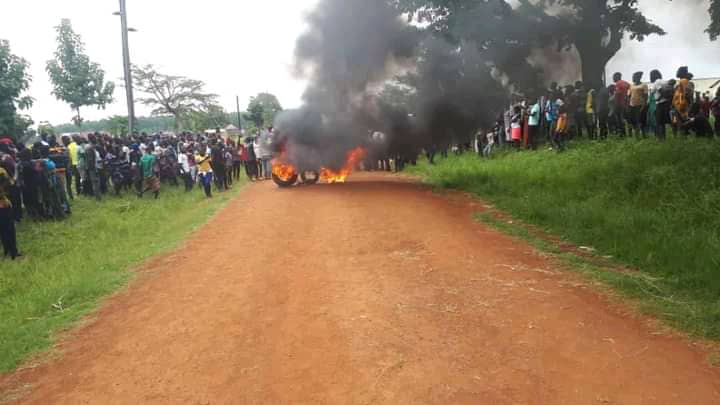 Yunus Sebirumbi, the acting District Police Commander (DPC) Agago and two senior colleagues have been placed under investigation over allegations of extortion, unlawful arrests and detention.

Sebirumbi, Fredrick Nyamisogola, the Officer In-Charge of Criminal Investigations Department at Agago Central Police Station and Solomon Nasimolo, the Deputy Scene of Crime Officer, were picked on Tuesday after residents accused them of carrying illegal arrests and extortion.

Trouble started after the trio reportedly arrested one, Patrick Okema on allegation of theft of a motorcycle. Okema is being accused of the theft of motorcycle registration UFA 707S. He has since been transferred and detained at Gulu Central Police Station.

Residents of Patongo later went to police, demanding for the immediate release of Okema. They lit up fires on major roads in Patongo Town Council, forcing police to fire live bullets in the air to disperse the rowdy crowds.

In the process, an 18-year-old student of Gombe SS identified as Lawerence Kidega was injured in the left hand by stray bullet.

Meanwhile, the three police officers have since recorded statements with the Police Professional Standards Unit (PSU) based at Aswa Regional Police Headquarters in Gulu.