The Future Of Children Born In LRA Captivity Uncertain, Say Their Mothers 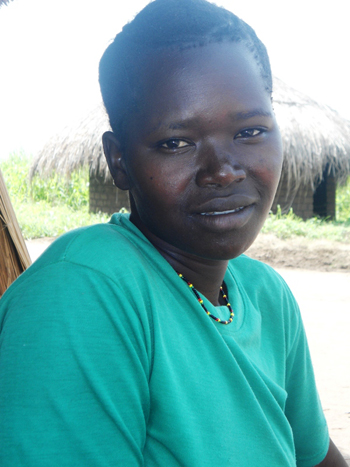 How do you go back home after years of being forced to fight in the bush with the Lord’s Resistance Army (LRA)?  How does your ancestral village receive you?  How does the community receive those they perceive to be part of a group that terrorized them? How do your parents and loved ones receive you?  What about if you are girl and you return with children born in captivity?

These are some of the hard questions that have confronted thousands of children in Northern Uganda.

After years in the bush, the future for many seems uncertain and most of them feel that they are being rejected by the communities and in some cases the families.

The Constitution of the Republic of Uganda failed to protect these children, depriving them of their right to be loved and cared for by their parents, education, medical treatment, and other basic human rights.

Governments worldwide including Uganda also ratified and promised to safeguard and guarantee the rights of all children by adopting the United Nation Convention on the Right of the Child.

But the children of northern Uganda, it would appear, were not part of these conventions.  Thousands died during the two decades brutal war and thousands are today suffering from the scars of that war.

For most girls returning from the LRA captivity with children, rejection by their own families and communities is what awaits them. Landless and cast out onto the streets with no where to go, many girls turn to prostitution as a means of survival and are dehumanized even further.

“You can’t even tell how you will be received, it is true that we were taken when we were young and have come back with a lot of changes, it was not in our will; but this still worries our parents who sometime can’t believe we are their own children,” Adong Alice, a former abductee narrates.

“Men start looking at us as prostitutes and people no longer think we are suitable for marriage,” she adds.

Jennifer Amony, also a former abductee mother says that she is worried about her 14 year-old son.

“My son who is in senior one and studying in Gulu district is giving me a lot of sleepless nights because he wants to know his tribe, clan and other family members,” she said.

Amony adds that like other abducted mothers, life is hard because they confronted with very many challenges including paying school fees for their children.

“It is even hard to begin telling our children how they came into existence,” she said.

“Our “partners” in the bush gave us the wrong names of their families, I even tried to trace the ancestral root of my child but have failed. These children will grow up, and one day want to be parents, but they will not know where to settle with their families because they have no knowledge of their ancestral roots,” Amony said.

Akot narrated that she was Achellam’s wife at the age of 14 after her abduction from Amuru district and delivered a baby girl while in Congo.

“His parents wanted me to hand over my daughter, but I refused because it was my child not theirs. They do not know the pain I went through giving birth to this child while in the bush,” noted Nighty.

She says that she has forgiven Acellam, she now has another man in her life, Mr Oryem Sam who rides boda-boda in Gulu town and has paid part of her dowry. “Oryem even takes care of my daughter, Innocent,” she added.

The Justice and Reconciliation Project recently launched a book titled “Adyebo, The Wild Plant” at Churchill Court  Hotel, that tells the story of these ladies.

Under their umbrella organization of Women Advocacy Network, which is being supported by Justice, and Reconciliation project (JRP), the Women said, they were taken captive as children and sexually abused in the bush as if there was no government and constitution in Uganda.

They demanded for an apology and support from the government and also expressed worry over the future of their children since they lack enough money to support them in schools since many are being denied by their parents.

Gulu district speaker and Northern regional speaker under Uganda local government Association (ULGA) Peter Okello Okao said that all the northern districts will have to petition parliament so that government sets a special recovery funds programme for girls who were forcefully turned into mothers against their wish.

The speaker stressed that the need for Truth and Reconciliation commission should never be silenced, adding that, all donors should directly get involved to see that child mothers are being assisted since most of them were robbed of their education.

{div float:left}{module Google Long}{/div}“War is never a wedding ceremony and when people talk about peaceful mechanism to end the war, I bet from the various testimonies of people who went through it that one should know violent approach won’t take us anywhere, therefore a truth commission is valid,” the speaker.