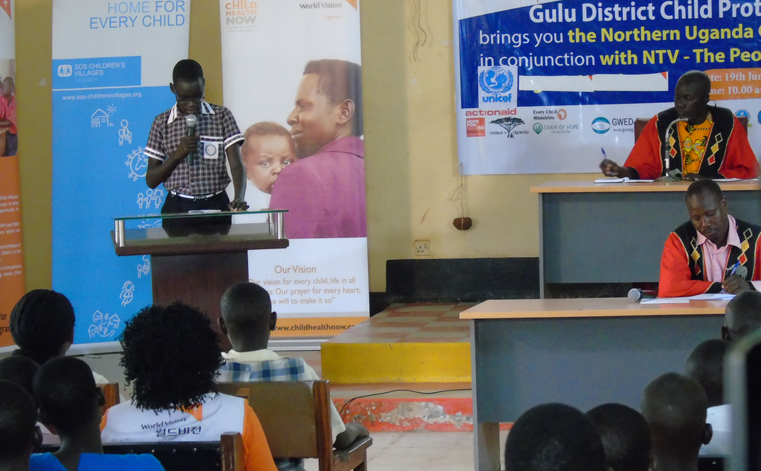 Children in Northern Uganda have blamed the current high rate of children marriages on negative cultural practices and poverty in families.

During a debate on Friday at the Gulu district council hall, pupils from schools around Gulu Municipality said there is a strong link between unfriendly culture, poverty and early marriages of girls.

They said parents are fueling child marriage because of the bride price attached it.

In their voices to the different stakeholders including the government, the pupils said, “Parents do no care anymore. Early marriage has turned into a lucrative business which they strongly believe can bail them out of poverty.”

One of the participants in the children’s parliament, Nancy Okori, a pupil of SOS primary school said, “Adults are taking advantage of children and are exploiting them for their selfish interests.”

Okori said that the continued abuse and exploitation of children is alarming and that there is need for collective effort to protect children from the hands of those who are subjecting them to abuse.

“Unless a quick solution is found, young people will continue to be trapped in a cycle of exploitation which does not only affect their growth and development but their future as well,” She said.

Other issues raised during the debate were child sexual exploitation and school dropout especially among the girl- child.

Ms Veronica Lamunu, a mother of three and resident of Lajwartek village, Koro Sub County in Gulu District noted that there are a lot of challenges in raising children especially after the war.

Lamunu said, “Children have become disobedient. All they think about is money and school.”

Mr Okello Dougals Peter Okao, the Gulu District Speaker who chaired the meeting described the act as unfortunate and said the government needs to strengthen the current laws on children in order to deter child abuse.

In June this year, Government of Uganda launched its first ever National Strategy to end Child Marriage and Teenage Pregnancy as the country joined the rest of Africa to celebrate the Day of the African Child (DAC).

Developed by the Ministry of Gender, Labour and Social Development with technical and financial support from UNICEF, the strategy outlines approaches and interventions that will end child marriage and teenage pregnancy in Uganda.

“The strategy has been developed because for the last 30 years, there has been no change in the average age at first marriage which, in spite of multiple interventions, has remained at 17.9 years,” says Ms. Evelyn Anite, State Minister for Youth and Children Affairs.