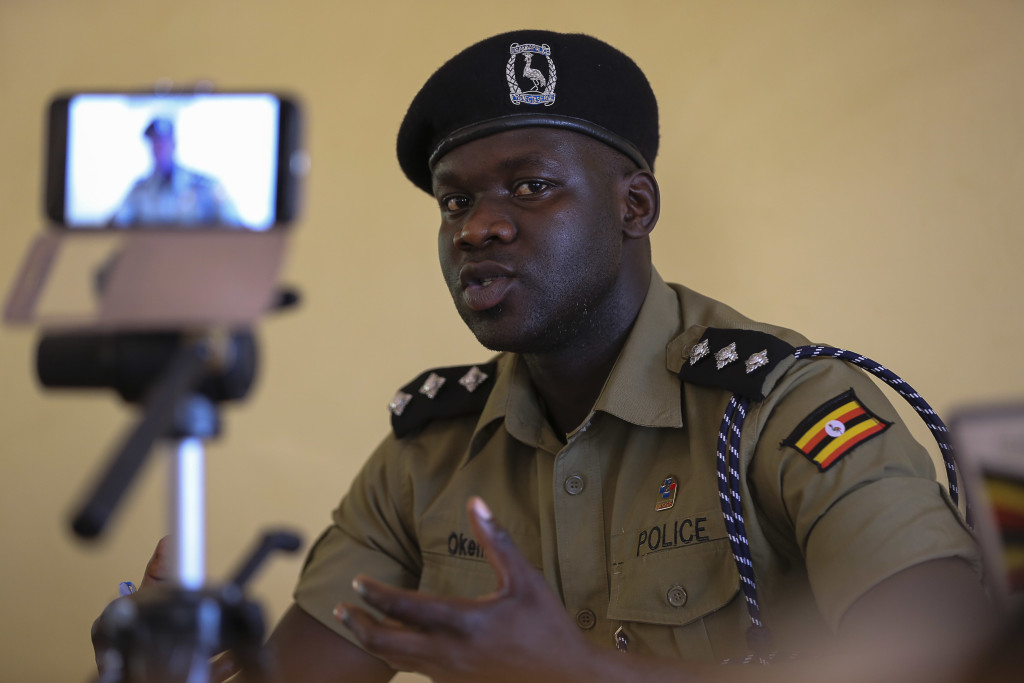 A Gulu police officer who was photographed by journalists  voting in the NRM primaries on Tuesday will face disciplinary action, a police spokesman has said.

Jimmy Okema, spokesperson for Aswa region  said on Wednesday morning that Inspector of police Morris Latigo, attached to Aywe police post in Gulu municipality has already made a statement on pictures showing him  in uniform voting in the NRM primaries at police primary school in Gulu town. The picture began doing the rounds online yesterday. Okema added that a disciplinary committee is already being instituted to listen to a case of misconduct against Inspector Latigo.

‘‘It was a case of misconduct on the part of Inspector of police Morris Latigo, a senior police officer’’ said Okema who quickly added that the ‘‘the police as a whole had done a good job’’ in keeping law and order during the primaries of the ruling party in northern Uganda.

Serving police officers are bared by law from participating in partisan politics.

Okema did not say when hearing of the case against Inspector Latigo would begin. Unconfirmed reports say two years ago Latigo was suspended  for leading court bailiffs in a botched eviction in a disputed piece of land in Palaro in Aswa County, Gulu district.

Police spokesman Okema declined to comment on Latigo’s disciplinary record. ‘‘ I was not there yet[ as police spokesman] so I cannot comment about it,’’ he said.

On the NRM primaries in northern Uganda, Okema said the process was mostly peaceful except in Agago where he said there was a ”minor incidents.’’

‘‘In Agago one Dennis Oyat was arrested for smashing the windscreen of Okidi Ladwar, a contestant.  We have charged him with malicious damage of property and he is being held at Agago Central police station.”