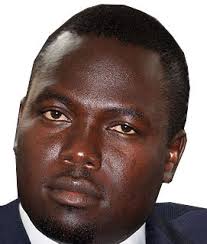 The Forum for Democratic Change (FDC) has dismissed allegations made by the NRM Deputy Secretary General Richard Todwong, that it printed fake NRM party cards.

Last week while in Gulu, Todwong alleged that FDC was printing counterfeit NRM party cards to give to its supporters who in turn would hand them over to FDC officials to create the false impression of defection from the NRM to the opposition party.

Todwong described the alleged FDC move as ‘‘desperate.’’ He said NRM party cards have serial numbers but the ones being handed over to FDC bear no serials.

The NRM Secretary General said those who purport to have defected from NRM to FDC are actually FDC members with cards printed from Nasser Road in Kampala. Nasser road is where most printing work in Uganda is done including forgeries of university transcripts and other documents.

In a response to Todwong’s allegations, the FDC Publicity Secretary for Gulu, Kelly Komakech said FDC unlike the NRM does not have the money to waste in printing fake cards.  Komakech alleged that the NRM ‘‘dips its fingers’’ into the national treasury and picks ‘‘large sums of money’’ to fund its party activities.

He asked Todwong and other NRM party officials to concentrate drumming support for their Presidential candidate Yoweri Museveni instead of wasting time on cheap propaganda against the FDC.