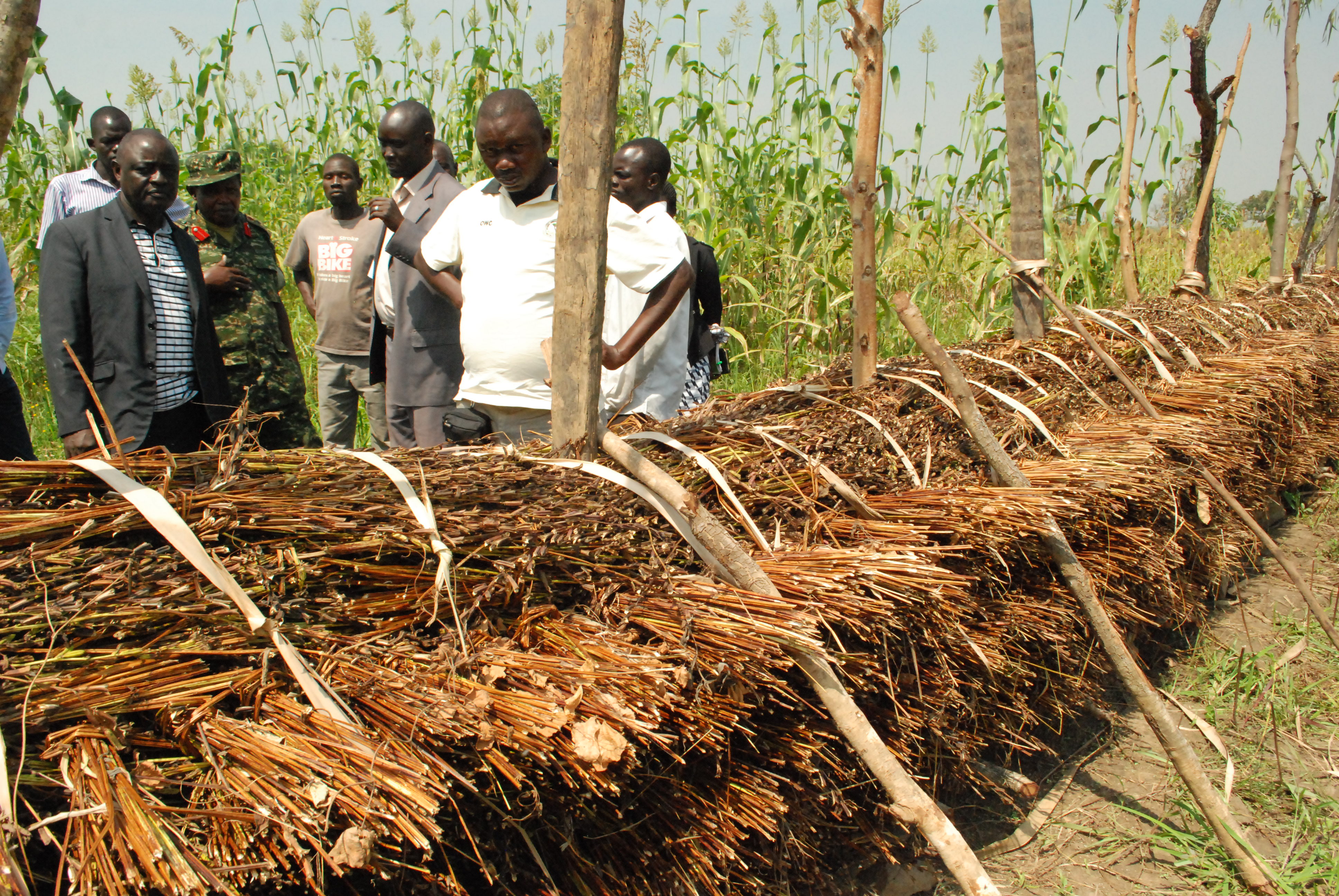 Minister of State for Agriculture Vincent Bamulangaki Ssempijja(in a black coat and stripped t-shirt)  inspecting the sim-sim harvest of one of the members of Palaro Owal Growers’ Cooperative  Society. The minister urged members of  the society to increase on their number and grow crops that can bring them money like soya beans, simi-sim and sorgum(Photo by James Onono).

The minister of state for agriculture, Vincent Bamulangaki Ssempijja has urged farmers to embrace cooperative societies and to grow crops that can bring them money.

The Chairman of the Palaro growers’ society Mathew Abwoch said the aim of their cooperative is to increase the membership of their association from 380 to 10,000. Minister Ssempijja urged the farmers increase on their production

“I am happy that you are now in a cooperative but it is still too small. I want more members who are ready to work hard to change their lives and increase the export of Uganda agricultural products because the market is there,” the minister said.

Abwoch told the minister that Owalo growers’ cooperative was established way back in 1958 but had faced numerous challenges including the two-decade long conflict in northern Uganda which crippled its members.

He said the farmers face a challenge of how to store their produce and asked the minister to lobby for the growers  so government can construct for them a storage facility.

Tonny Okello, executive director of the seed company, Equator Seeds Limited Uganda told the farmers that he had already found market for 2,000 tones of sim-sim in Netherlands.

Okello said that his company had already identified 21 farmers cooperative in Acholi sub region and 16 others in Lango sub region, plus 2  West Nile to supply the sim-sim. He added that the Netherlands market expects the product starting in the first season of 2016.

Minister Vincent Bamulangaki Ssempijja was on a tour of northern Uganda  to advise farmers to produce more soya beans, sim-sim and sorghum  which already has market in the beer industry.