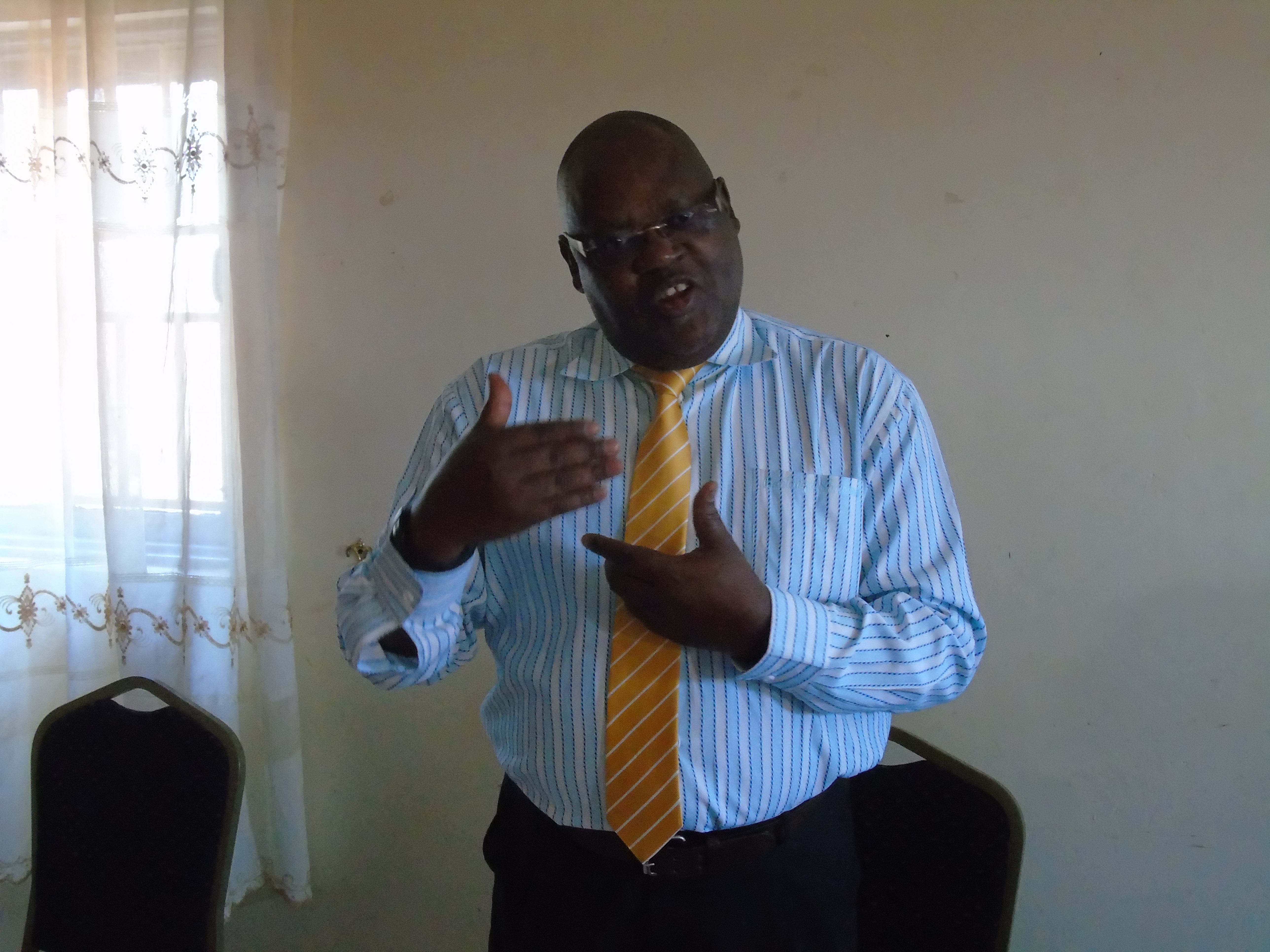 Deputy go v’t spokesman, Col Shaban Bantariza speaking to journalists in Gulu today. He said the Ugandan economy is loosing as a result of the war in South Sudan( Photo by James Owich)

Col Shaban Bantariza, the Government Spokesperson has said the conflict in the South Sudan has seen Uganda‘s exports plunge by more than half.

Bantariza revealed that annually, the country was earning around 271 Billion shillings in revenue from trade with its neighbor before conflict broke out.

However he noted that currently, the figures have dropped to 54.4 billion shillings.

This translates to Uganda loosing around 216.6 billion shillings which it use to earn from trade annually.

The conflict in South Sudan erupted in December 2013, after President Salva Kiir accused his former deputy, Riek Machar, of attempting a coup.

It has since morphed into what is looking like a full-scale civil war, complete with peace talks in another country – Ethiopia.

Many Ugandans who dominate the informal trade in the capital Juba have suffered heavy losses and many have returned home as a result of the violence.

In January 2014, Dr Adam Mugume, the executive director Research at Bank of Uganda (BoU) was quoted  in the press saying that the conflict was likely to reduce the exportation of Ugandan food and construction materials to South Sudan.

Mugume explained that whenever there is a conflict, people will not build and they will not demand for food.

He observed that this is likely to reduce on the in-flows the country.

South Sudan and the Democratic Republic of Congo (DRC) are among the major trading partners for Uganda. However they still remain volatile as a result of fighting.