Heavy Gunfire in Gulu, Army Says It Was An Attack To Rescue A Suspect From Gulu Police 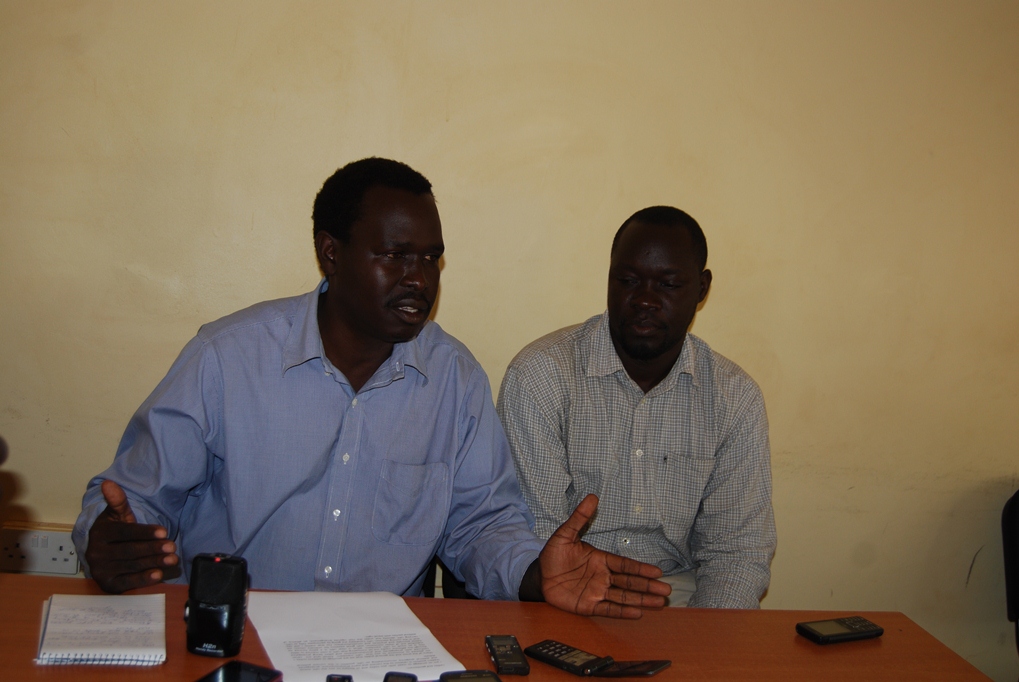 Oola Dan Odiya (in a blue shirt) addressing a press conference with a UPC colleague. The army and police say there was a failed attempt by unknown armed men to ”rescue” Oola from Gulu Central Police.

Heavy gunfire this evening rocked Gulu town for about 50 minutes, sending residents of the town going about their business into dissaray.

The heavy shooting, seemingly coming from different parts of Gulu town began shortly after 9 pm went on for about an hour with varying intensity.

Police spokesperson Fred Enanga said the the attack was an attempt to rescue , Dan Oola Odiya, a Uganda Peoples Congress (UPC) official who was arrested by plain- clothed security officials in Gulu on Wednesday last week. He is detained at Gulu Central Police and was scheduled to appear  in court tomorrow. He is expected to be charged  in relation with the recent attack on a military facility in Opit in Gulu district in which one soldier was killed and eight guns reportedly looted by the attackers.

There is no independent verification of what  the police and army spokesperson have said.

When the shooting first began, it could be loudly heard around Gulu town, but then grew fainter and fainter.

Lately there has been a reported arrest of soldiers and politicians from across the country.