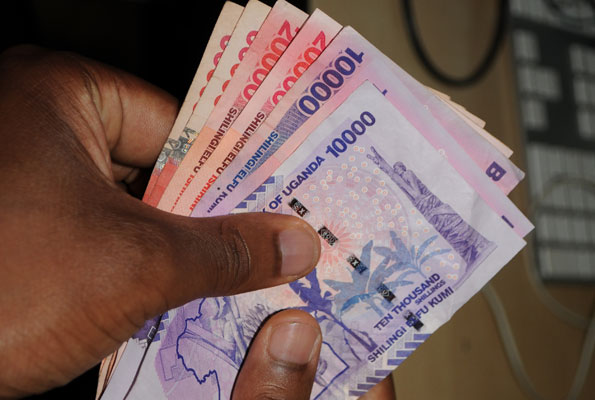 A total of 44 million shilling, part of a 67 million shilling earmarked for the Youth Livelihood Fund (YLP) has been recovered from a Gulu district accountant who had admitted to swindling the money.

An investigation launched on October 10, 2016 indicates that Lalonyo swindled close to 70 Million Shillings.

It is alleged Lalonyo invested the 67 million on his farm located in Amuru district.

His swindling of the money affected the operation of over 28 youth groups in Gulu.

Mr Lalonyo who was assigned as a cashier to oversee the disbursement of the YLP fund admitted embezzling the fund and promised to refund it if given time. This was after he had been arrested on the orders of Gulu Chairman OJara Mapenduzi.

Mapenduzi said refunded 44 Million shillings after he was put under pressure.

According to Mapenduzi, the money has already been disbursed to 28 youth groups that had missed due to mismanagement of the fund.

An additional 23 million from meant for three youth groups is yet to be recovered, Mapenduzi said.

In the 2015/2016 financial, Gulu District received 348.7 million Shillings under YLP meant to benefit 51 youth groups from the Ministry of Finance.

YLP was initiated in 2013 by the government to supplement the defunct Youth Venture Fund. The project is a meant to address rampant youth unemployment in the country.