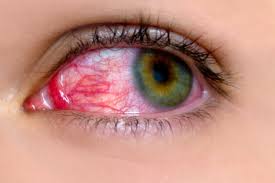 Authorities at Gulu central Prison have banned visitation of inmates in a bid to curb the spread of conjunctivitis [red eye] epidemic which  broke out at the in November last year.

A total of 615 male inmates mainly from Gulu central prison were diagnosed with the contagious eye disease late last year by the Health Ministry.

Mr Allan Okello, the Regional Prison Commander [RPC] said the ban on visitation took effect on 23 December last year adding that it will be lifted after the Health Ministry declares the disease contained.

Okello said the ban  affects all the prison facilities in Gulu district.

“We are taking precautionary measures to prevent the spread of the disease to inmates at the prison facilities. We have managed to control the spread within our prison so we don’t expect the community members to infect the inmates,” Mr Okello told Acholi Times in an interview on Wednesday.

Okello added  that those diagnosed  with the disease are recovering steadily after intervention of the World Health Organization [WHO] and National Rapid Response Team [RRT] from the Health Ministry that provided emergency treatment.

No new cases have lately been registered, according to the Gulu  central prison official.

According to Rackara a total of 795 people were diagnosed with red eye disease, mostly from Gulu Prison,  since November  last year adding that 790 of these have since been  treatment and  have improved.

Last month, the Acting Director General of Health Services Prof Anthony Mbonye wrote to the commissioner General of Prison and the Inspector General of Police to increase level of hygiene at various detention facilities in the district.

In the letter dated December 23, Prof Mbonye directed prison and police authorities on the urgency of providing safe water supply, safe hygiene and sanitation practices, and restriction of handshakes among others to curb spread of Red eye.

Information from the district health department indicates that some 5,000 people are suspected to be infected by the disease in Gulu district.